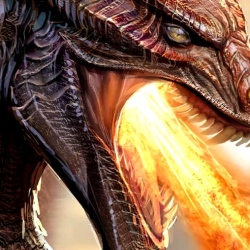 Do you trust anonymous sources? ‘Cause Tom’s Guide claims it’s got three who say that Bethesda will show off the very first look at its long-expected Elder Scrolls Online in May.

Before the single-player faithful amongst you plot mass suicide in protest of the end of the offline Elder Scrolls series, I’d advise postponing the Draino kegstand party for the moment. Why? Because money. Bethesda’s made so much of it with Skyrim that there’s virtually zero chance that even the soulless suit-demons would pass up the chance at an ain’t-broke-don’t-fix-it style The Elder Scrolls VI, so I’d bet my last Septim that this online [Pick one: awesomely amazing game | abomination unto all that is holy] won’t supplant the traditional RPGs, but rather coexist with them.

If these mysterious sources are correct, Tom’s speculates that this world will be set in the Second Era, roughly 1,000 years before the events of Skyrim (similar to Star Wars: The Old Republic’s multi-millennial buffer between it and the movies).

So, with the understanding that we all know many gamers have no interest in MMORPGs and think they should go die in a fire (and thus we can skip the traditional stating of such in the comments), what do those of you who are open to an online experience want to see from a hypothetical (wink-wink-nudge-nudge) The Elder Scrolls Online?