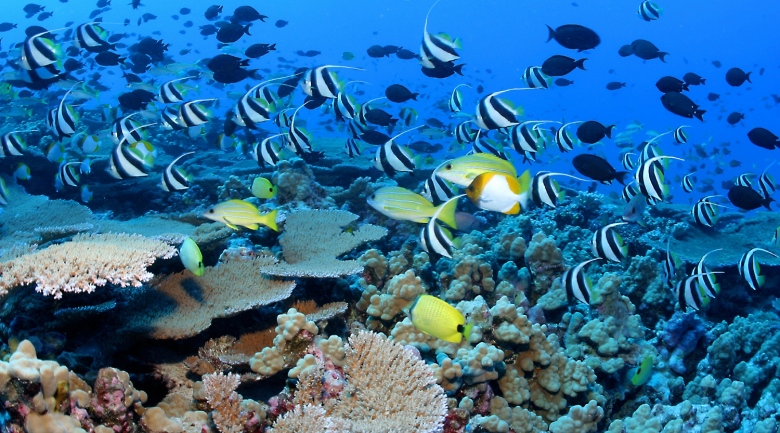 Through a series of experiments, researchers from Polytechnic Institute of New York University (NYU-Poly) aimed to increase understanding of collective animal behavior, including learning how robots might someday steer fish away from environmental disasters. Nature is a growing source of inspiration for engineers, and the researchers were intrigued to find that their biomimetic robotic fish could not only infiltrate and be accepted by the swimmers, but actually assume a leadership role.

In a paper published online in the Journal of the Royal Society Interface, Stefano Marras, at the time a postdoctoral fellow in mechanical engineering at NYU-Poly and currently a researcher at Italy’s Institute for the Marine and Coastal Environment-National Research Council, and Maurizio Porfiri, NYU-Poly associate professor of mechanical engineering, found conditions that induced golden shiners to follow in the wake of the biomimetic robot fish, taking advantage of the energy savings generated by the robot.

The researchers designed their bio-inspired robotic fish to mimic the tail propulsion of a swimming fish, and conducted experiments at varying tail beat frequencies and flow speeds. In nature, fish positioned at the front of a school beat their tails with greater frequency, creating a wake in which their followers gather. The followers display a notably slower frequency of tail movement, leading researchers to believe that the followers are enjoying a hydrodynamic advantage from the leaders’ efforts