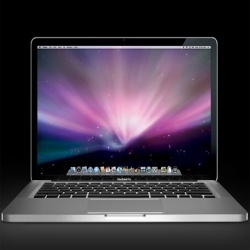 Computerworld – iFixit, a popular electronics do-it-yourself website, today gave the new MacBook Pro with the Retina display its worst-possible repair score of just 1 out of a possible 10.

"This is, to date, the least-repairable laptop we’ve taken apart," said Kyle Wiens, CEO of iFixit, in an email today. "Apple has packed all the things we hate into one beautiful little package."

Apple on Monday introduced the new MacBook Pro, whose distinguishing feature is the high-resolution display that the company labeled "Retina" — its marketing name for the pixel-packed screens also found in its iPhone and iPad lines.

The MacBook Pro was the first Apple laptop to feature the Retina display.


Retina MacBook Pro ‘least-repairable’ notebook ever, says iFixitApple runs out of Retina MacBook ProsApple discontinues 17-inch MacBook ProApple’s Facebook integration a boon for both, analysts sayApple adds iPad to back-to-school promoHands on with the Retina MacBook ProApple’s MacBook Air price cuts make it tougher on Windows ultrabook makersApple signs global agreement with TomTom for mapsApple sets OS X Mountain Lion release for July, cuts upgrade price 33ceTime via cellular: Will it work, and can you afford it? More coverage of WWDC 2012 Although the notebook is in extremely short supply, iFixit managed to grab one, then disassembled the system to determine whether it could be repaired or upgraded by owners.

"Laptops are expensive. It’s critical that consumers have the option to repair things that go wrong, as well as upgrade their own hardware to keep it relevant as new technologies roll out," said Wiens.

But that’s not feasible here.

"The new MacBook Pro is virtually non-upgradeable — making it the first MacBook Pro that will be unable to adapt to future advances in memory and storage technology," said Wiens.

The teardown revealed that Apple used many of the same assembly techniques as it does with the self-contained and virtually un-upgradeable MacBook Air, including proprietary screws, copious amounts of glue, expensive parts — the screen in particular — that must be completely replaced even after the smallest failure, and fused components that will likely break when a neighboring part must be removed.

As Wiens noted, the new MacBook Pro really can’t be upgraded after purchase.

As in the MacBook Air, the laptop’s memory is soldered to the logic board, eliminating any later RAM upgrade. Customers must order the Pro with the exact amount of memory they desire, and pay Apple’s high prices.

Although the MacBook Pro with Retina display comes equipped with 8GB of RAM standard, boosting that to 16GB at the time of purchase adds another $200 to the already=steep $2,199 sticker price of the base model.