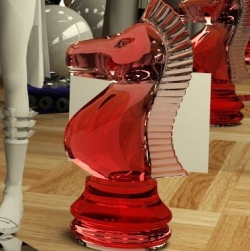 Samuel Lapere is an MD who specialized in medical imaging. Sam has passion for real-time photorealistic rendering, the holy grail of CG graphics. His goal is to create a fully interactive Matrix-like virtual world that is indistinguishable from real life.


In this interview for PlanetTechNews, Sam covers the trends in real time 3D visualization that would make it looking completely realistic; the topic is often of great interest for anyone following science news and technology news.

Q. Briefly, how you see your career so far and how you got involved in computer graphics?

A. Computer graphics started out as a hobby for me around the year 2000, but I actually studied medicine at university and obtained a medical degree in 2008. I was looking at the special effects in movies like the Matrix and was wondering why games (at the time Quake 3 was very popular) didn’t look as good. So I started delving into subjects like nurbs, normal mapping, global illumination etc. I wanted to find a way to make game graphics look as good as what you see in the movies, and it had to be real-time.

Around 2005, I got very interested in real-time ray tracing and real-time global illumination techniques like instant radiosity and I read every paper on these subjects that I could find. After I finished my medical studies in 2008, I started a PhD in medical imaging hoping to apply some of the 3D knowledge that I had gathered over the years to make medical 3D visualization more realistic looking.

Around that time, Nvidia released CUDA and the GeForce 8800 which featured unified shaders (now called "CUDA cores"). Both of these technologies were pivotal in the field of real-time ray tracing, as CUDA allowed to efficiently accelerate ray tracing on the GPU. From that point, things got really interesting very fast. I started to follow all the research on GPU ray tracing very closely and one of the most promising ray tracing demos I saw was one made by OTOY for the launch of the Ati Radeon HD 4800 cards in June 2008.

I searched everything I could find on the net about this demo and eventually started Ray Tracey’s blog as a way to collect all that info in an easily accessible way and to make people enthusiastic about the promise of real-time ray tracing and photoreal graphics on the GPU. A year later, Chaos Group (the makers of V-Ray) showed off a GPU accelerated real-time path tracer called V-Ray RT GPU at Siggraph 2009. I was completely blown away when I saw it, it ran 20 times faster than their CPU renderer and at that point I knew I wanted to be part of this rendering revolution. A few months later (at the end of 2009), Nvidia showed iray (another CUDA renderer) running on 16 Fermi GPUs, which was even more impressive. In January 2010, OctaneRender, another CUDA renderer was born and it came with a demo. I fell immediately in love with this render when I first tried it. It was so easy to use and rendered extremely fast, even on my old laptop which contained a measly 8600M GT.

I became a huge OctaneRender fan and started thinking of how it could benefit real-time game graphics. Not long after that, Jacco Bikker showed off his own GPU accelerated path tracer called Brigade and that’s when I decided to start doing research with these technologies and make tech demos to push the limits and see how far I could get. I got hired by OTOY who acquired Octane and Brigade in early 2012 and I started working for OTOY New Zealand in July 2012.

Q. What is the Brigade Engine you are working on?

A. Brigade is a real-time path tracer that runs entirely on the GPU (using CUDA or OpenCL) and is capable of producing very real looking images (with reflections, refractions, depth of field, global illumination) in real-time at high resolutions. At 30 frames per second, the images are still a bit noisy, but most of the noise clears up in less than a second.

Q. What makes it so different from the other engines that are being used now, such as Frostbite 3 (Battlefield 4) Cryengine 3 (Crysis 3) Unigine, and Real Virtuality 4 (Arma 3)?

A. As Brigade is a path tracer (or Monte Carlo ray tracer), it can handle very large amounts of geometry in real-time. So while typical game engines that use rasterization are limited to scenes with a few million triangles, brigade can easily render billions of triangles in real-time. Another huge advantage of Brigade is that movement of rigid objects is free, regardless how complex they are. This means that we can render hundreds or even thousands of detailed cars driving around in real-time. We’ve done tests with 3000 randomly spinning instances of a Lamborghini model that consists of over 4 million triangles and the framerate was between 20 and 40 fps. We can also render crowds of thousands of highly detailed instanced animated characters (for example the dancing dudes on the bunny).

Q. What is it that you are doing that makes it so realistic?

A. Physically based lighting and materials are the most important aspects in making a scene look real and these are much easier to obtain with path tracing than with rasterization. I would say that global illumination (diffuse color bleeding) and its side effects like ambient occlusion are probably the most important in achieving a photoreal look. Having Fresnel on most materials is also very important, it’s a real world light effect that makes surfaces more or less reflective depending on the viewing angle and is crucial for realism. real 3d depth of field helps a lot as well.

Q. What kind of computing power is needed to render such graphics and when do you foresee these kinds of graphics in consumer titles?

A. Right now, you need a couple of high end GPU to render at 30 fps in HD resolution. I’ve got a hunch that some GPU manufacturers will improve the architecture of their GPUs to more efficiently handle ray tracing workloads and add dedicated ray tracing hardware to their GPUs. In 2-3 years from now, someone will launch a GPU that will make noiseless path traced graphics a reality.

Q. What would you say the most realistic real time graphics you have seen apart from your own work? Can you think about any examples from games available today?

A. I was very impressed by what I’ve seen from the Reset game and Quantic Dream’s Dark Sorcerer tech demo for the PS4. Those graphics come really close to photorealism.

Q. What are your future ambitions and plans for Brigade Engine?

A. The goal is to make a full blown photoreal game engine with all the bells and whistles of a modern game engine that can be used by indie developers.

Q. Are you working with the idea of eventually bringing these kinds of graphics to virtual reality such as with the Oculus Rift?

A. Absolutely. We’ve done some early tests with the Oculus Rift development kit, which were promising and we’re looking forward to the consumer model with higher resolution display.

Sam’s blog where you can keep up to date on all the latest Brigade Engine news: