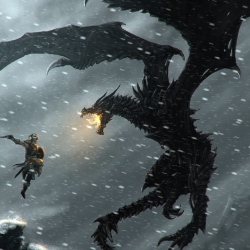 Last month, developer Telltale Games released statistics on The Walking Dead, its latest point-and-click adventure game series, and found that when it came to making difficult, often morally ambiguous decisions, the majority of players tried to do the “right” thing, even if it meant endangering their characters or others.

“Some of the stats we’ve seen coming back from player decisions have created a perception that even in dire times – and when faced with no-win situations where each decision is morally gray – the majority of people will try to do the ‘right’ thing if they can, even if there’s really no ‘right’ decision to be made,” Telltale Games senior director of marketing Richard Iggo told GamesBeat at the time.

Although Telltale’s statistics are fascinating, they left me wondering why many players feel the need to make good choices in video games when no real-life consequences are at stake for being bad. Dr. Brad Bushman is a professor of communication and psychology at Ohio State University whose work has been featured in scientific journals, on ABC News, 20/20, and the Discovery Channel. He thinks it’s a tough question to answer.

“One thing I thought of is maybe it has to do with feelings of guilt,” he said. “We know that guilt is a moral emotion and motivates people to behave well.”

Unlike shame, which can have negative effects on a person’s behavior, Bushman said guilt is a positive. “If players are playing these games and they’re thinking about the consequences of their behavior, and how it might make them feel to engage in such behavior, I think either they anticipate feeling guilty or maybe they behaved in that way before and they felt guilty,” he said. “In either case, I think guilt is a powerful emotion that motivates prosocial behavior.”

However, Dr. Chris Ferguson, an associate professor of criminal justice and psychology at Texas A&M International, said it’s not guilt that motivates players to do good. “Where is the fun in that, really?” he said. “Would you play a video game that made you feel guilty all the time? I’m being a little bit facetious here, but you could go to church for that, essentially.”