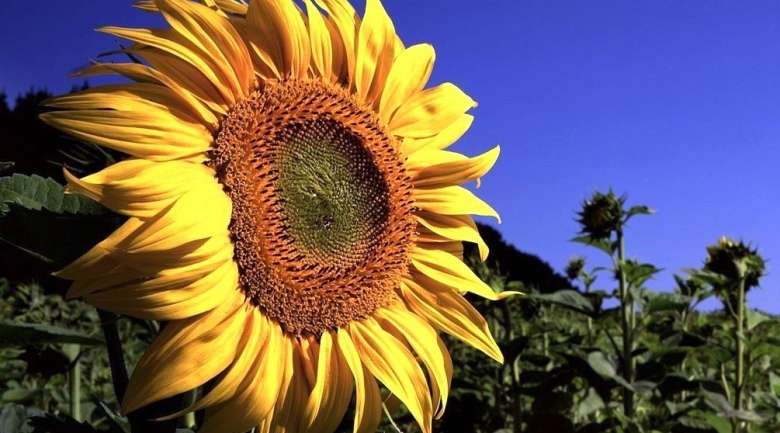 Researchers found in long-term studies that some are flowering up to eight times faster than models anticipate.

The authors say that poor study design and a lack of investment in experiments partly account for the difference.

They suggest that spring flowering and leafing will continue to advance at the rate of 5 to 6 days per year for every degree celsius of warming.

The results are published in the journal Nature.

For more than 20 years, scientists have been carrying out experiments to mimic the impacts of rising temperatures on the first leafing and flowering of plant species around the world.

Oeschger Centre for Climate Change Research
Researchers had assumed that plants would respond in essentially the same way to experimental warming with lamps and open top chambers as they would to changes in temperatures in the real world.

Very little has been done to test the assumption until this study lead by Dr Elizabeth Wolkovich, who is now at the University of British Columbia in Vancouver.

With her colleagues she studied the timing of the flowering and leafing of plants in observational studies and warming experiments spanning four continents and 1,634 plant species.

According to Dr Wolkovich, the results were a surprise.

"What we found is that the experiments don’t line up with the long term data, and in fact they greatly underestimate how much plants change their leafing and flowering with warming," she said.

"So for models based on experimental data, then we would expect that plants are leafing four times faster and flowering eight times faster in the long term historical record than what we’re using in some of the models."

Observational data have been gathered by scientific bodies for many years. In the UK, the systematic recording of flowering times dates back to 1875, when the Royal Meteorological Society established a national network of observers.

Since then, data has also been recorded by full-time biologists and part-time enthusiasts, and in recent years there have been mass-participation projects such as BBC Springwatch.

This new research suggests that these observations of flowering and leafing carried out in many different parts of the world over the past thirty years are remarkably similar according to Dr Wolkovich.

"In terms of long term observations, the records are very coherent and very consistent and they suggest for every degree celsius of warming we get we are going to get a five- to six-day change in how plants leaf and flower."

She argues that the difficulties in mimicking the impacts of nature in an artificial setting are much greater than many scientists estimate. The team found that in some cases the use of warming chambers to artificially raise temperatures can sometimes have the opposite effect.