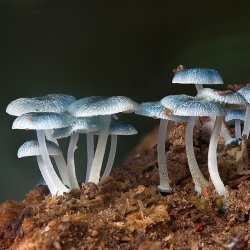 By 2020, the beetles will have done so much damage that the forest is expected to release more carbon dioxide than it absorbs, according to new research.

The study, led by Werner Kurz of the Canadian Forest Service, estimates that over 21 years trees killed by the beetle outbreak could release 990 megatons of carbon dioxide into the atmosphere —roughly equivalent to five years of emissions from Canada’s transportation sector.

"When trees are killed, they no longer are able to take carbon from the atmosphere. Then when dead trees start to decompose, that releases carbon dioxide into the atmosphere," Kurz said.

That could exacerbate the global warming that contributed to the outbreaks in the first place. Warmer temperatures have allowed beetles to survive farther north and at higher elevations