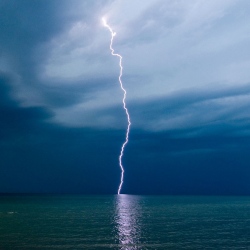 The growing complexity and reliance on the electric grid in both developed and fast-growing countries is making stability tougher to achieve.

India, in particular, operates its grid with one very large handicap: insufficient power. With demand for electricity regularly outstripping supply, grid operators ration out power by periodically cutting service in some areas. The situation has been made worse this year by a drier monsoon season, which has prompted northern farmers to run pumps and draw more power than usual.

India’s disaster illustrates the perils of relying on manual control of the grid as these systems get overtaxed and more complicated. To make grids around the world more reliable, operators need to incorporate more advanced control technology, which can help grids recover gracefully from disruptions.