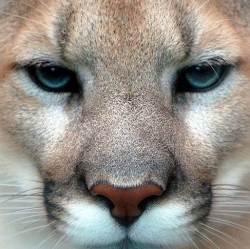 Having released OS X Mountain Lion (10.8) to developers earlier this year, Apple had already let much of the new features of its Mac operating system out of the bag. At WWDC, Apple has revealed the ninth version of OS X will be available for download from next month.

Coming a year to the month after the release of Lion (OS X 10.7), Apple says Mountain Lion will introduce more than 200 new features – many, such as Notification Center, Messages, Reminders, Notes, Game Center and AirPlay Mirroring, borrowed from iOS. Enabling many of these new features is iCloud, which Apple says has been “built into the foundation of OS X”.

Having already highlighted the aforementioned features in the Mountain Lion preview in February, WWDC saw the spotlight shone on a number of other features to be introduced in Mountain Lion.

These include a new system-wide Sharing feature that sees a Share button – which third-party developers will also be able to add to their apps – popping up just about everywhere, making it easy to share links, photos, videos and other files.

Third-party developers will also be able to take advantage of the Dictation feature built into Mountain Lion, which lets users dictate text anywhere it can be typed.