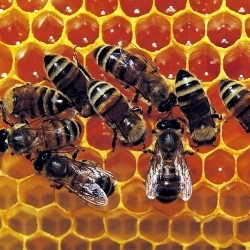 They looked at more than 200 studies of the content and associated health gains of organic and non-organic foods.

Overall, there was no discernible difference between the nutritional content, although the organic food was 30% less likely to contain pesticides.

Critics say the work is inconclusive and call for more studies.

The research, published in the journal Annals of Internal Medicine, looked at 17 studies comparing people who ate organic with those who did not and 223 studies that compared the levels of nutrients, bacteria, fungus or pesticides in various foods – including fruits, vegetables, grains, meats, milk and eggs

None of the human studies ran for longer than two years, making conclusions about long-term outcomes impossible. And all of the available evidence was relatively weak and highly variable – which the authors say is unsurprising because of all the different variables, like weather and soil type, involved.

Organic foods did contain more nitrogen, but the researchers say this is probably due to differences in fertiliser use and ripeness at harvest and is unlikely to provide any health benefit.

Their findings support those of the UK’s Food Standards Agency, which commissioned a review a few years ago into organic food claims.