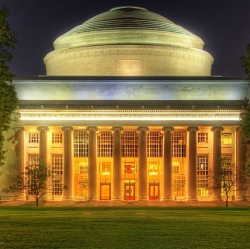 Proponents say online primary and secondary education, whether full-time or as part of a “blended” program of online and face-to-face education, could usher in a new era of personalizing education that will give each child the best chance of success.

According to the Evergreen Education Group, an educational consultancy based in Durango, Colorado, around 250,000 students attended online-only schools in the 2010–2011 school year.

“We anticipate continued growth until around half of courses are taken online in high school,” says Kerry Rice, an education researcher at Boise State University in Idaho. A 2009 analysis by Clayton Christenson of Harvard Business School in Boston, suggested this could happen as early as 2019.

A 2009 meta-analysis of over 1000 studies of online learning, conducted by the U.S. Department of Education, found that students participating in either fully or partially online courses scored higher on average than 59 per cent of their traditionally educated peers on performance tests.

Silicon Valley-based start-up Knowmia, launched in August, is building a recommendation engine for the ever-expanding collection of free online educational videos. The site aggregates teacher and professionally produced material from sites like YouTube and creates custom collections based on feedback that students give on how they learn best. Some students may like to be able to see the teacher in a video, for example, while others prefer flashy graphics.