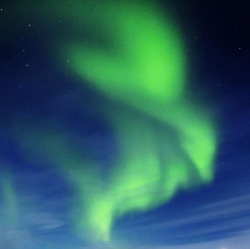 In a study published December 18 in the Proceedings of the National Academy of Sciences, scientists confirmed that the oldest fossils ever discovered, found in a nearly 3.5-billion-year-old rock from western Australia, contain 11 complex microbes that are members of five distinct species.

The findings not only suggest that life on our planet originated some 4 billion years ago, but also help support the increasingly widespread theory that life in the universe is much more common than we previously thought.

“By 3.465 billion years ago, life was already diverse on Earth; that’s clear,” said J. William Schopf, a professor of paleobiology at UCLA and the study’s lead author, in a press release. “This tells us life had to have begun substantially earlier, and it confirms that it was not difficult for primitive life to form and to evolve into more advanced microorganisms.”

To analyze the microorganisms, the researchers used an instrument called a secondary ion mass spectrometer (SIMS) — one of only a few in the world. By measuring the ratio of carbon-12 to carbon-13 isotopes, SIMS helped the scientists determine the microbes’ anatomies, and revealed how they lived.

“The difference in carbon isotope ratios correlate with their shapes,” said John Valley, professor of geoscience at the University of Wisconsin-Madison and co-author of the study. “Their C-13-to-C-12 ratios are characteristic of biology and metabolic function.”

Based on the chemical analysis, the researchers concluded that the 11 fossilized microbes spanned five different taxonomical groups. Some of the microbes were a type of now-extinct bacteria from the domain Archaea, while others were more similar to microbial species still around today. The analysis also suggests that the microbes existed when there was very little oxygen present in Earth’s atmosphere.