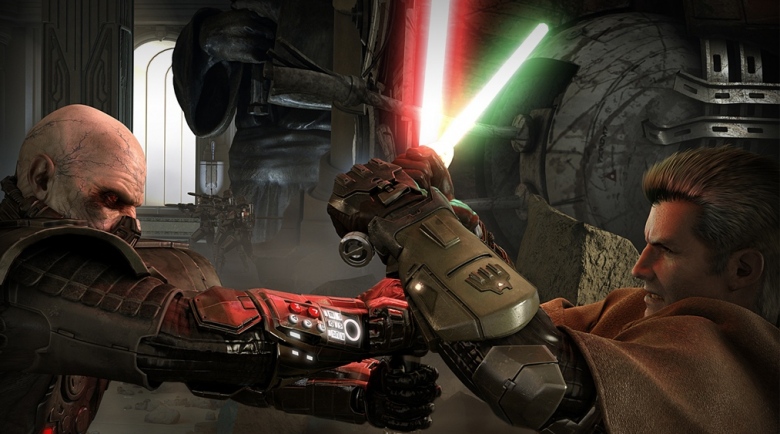 Budding Jedi masters and Sith lords will soon have somewhere else to hone their lightsaber skills.

Star Wars: The Old Republic launches on 20 December and lets gamers play as characters from the iconic SF series.

Reputed to have cost more than $130m (£87m) to develop, SWTOR is a bid to grab a chunk of the lucrative gaming market for publisher EA.

It faces stiff competition from established titles, such as World of Warcraft, and many free-to-play games.

The Old Republic is set 3,500 years before the events depicted in the Star Wars films but uses many familiar elements from the movies.

Many aspects of the game involve moral choices that push players towards the light and the dark sides of the force.

The Old Republic (SWTOR) is a massively multi-player online (MMO) game and resembles World of Warcraft (WoW) and many others in that it asks players to go adventuring to turn their relatively weak starting character into a powerful hero.