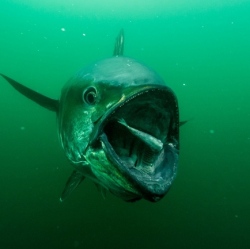 The $7m competition to find the innovative technologies that can map the world’s oceans in rapid time has named its 9 finalists. The teams draw on talents from many nations, with strong interest in the US and Europe, including the UK. A technology assessment carried out by the XPRIZE Foundation late last year whittled the contenders down from an initial pool of 19.

The finalists will now have to demonstrate their tech in 4km of water. They will be invited to do this in turn in October or November. The precise location has yet to be revealed.

“The teams will go to 4,000m depth where they will have 24 hours to map at least 250 sq km at 5m, or higher, horizontal resolution,” Dr Jyotika Virmani, prize lead and senior director of Planet and Environment at XPRIZE, told BBC News. A pressing driver here is the stated international goal to have the global ocean entirely mapped to a resolution of at least 100m by 2030.

Currently, our knowledge of the shape of the sea-floor is woeful. Less than 15% of its bathymetry has been measured in a meaningfully accurate way. Most of what we know comes from gravity observations made by satellite and this method cannot see anything smaller than a kilometre in size.

“We will likely award our prize early next year and that’s a full decade before 2030. So, there’s no doubt in my mind that some of the technologies in the XPRIZE competition will be able to help in that grand quest,” Dr Virmani said.