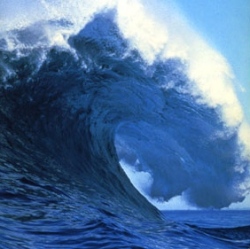 Soon we journalists became versed in the terminology of nuclear disaster – sieverts and millisieverts, the difference between pressurised and boiling water reactors, the half-lives of various isotopes of caesium and iodine.

It was at this point, at around day three, that I realised that something had gone seriously wrong with the reporting of the biggest natural disaster to hit a major industrialised nation for a century. We had forgotten the real victims, the 20,000-and-counting Japanese people killed, in favour of a nuclear scare story.

Yesterday, together with the rationalist campaign group Sense About Science, I attempted to put the record straight at the annual meeting of the American Association for the Advancement of Science in Vancouver. We argued that not only was the global media’s reaction to the Tohoku earthquake skewed in favour of a nuclear “disaster” that never was, but that this reporting had profound economic and even environmental implications.

For example, weeks after the tsunamis struck, several nations including Germany, Italy and Switzerland announced that they were

re-examining their commitment to civil nuclear power. On March 15, the EU energy commissioner, Günther Oettinger, announced that the imminent meltdown of No4 reactor threatened an “apocalypse”. Six weeks later, the German Chancellor Angela Merkel, a physicist by training who should have known better, announced the complete closure of the German nuclear power programme.

All this happened amid mounting hysteria – and an information void. It wasn’t until several weeks later that the first considered scientific reports emerged from Japan, notably the report by Britain’s nuclear regulator, Mike Weightman, which made it clear that although outdated, riddled with design flaws and struck by geological forces that went way beyond the design brief, the Fukushima plant had survived remarkably intact.

There are bitter ironies in all of this. The panic caused a minor evacuation of Tokyo, which almost certainly resulted in more road deaths than will ever be attributable to radiation leaks. At one point, governments in Europe, including ours, were offering to fly expats home from places where the radiation levels were lower than the natural background count in Aberdeen or Cornwall.

As Wade Allison, emeritus professor of physics at Oxford University, says: “The reporting of Fukushima was guided by the Cold War reflex that matched radiation with fear and mortal danger. Reactors have been destroyed, but the radiation at Fukushima has caused no loss of life and is unlikely to do so, even in the next 50 years. The voices of science and common sense on which the future of mankind depends were drowned out and remain to be heard, even today. The result has been unnecessary suffering and great socio-economic damage.”