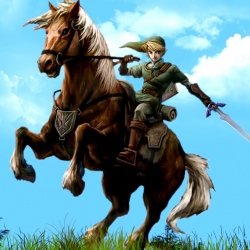 The creator of Super Mario Bros. and The Legend of Zelda will step down from his current position at Nintendo but remain with the company to work on smaller, more personal projects, Wired.com has learned.

In an exclusive interview with Wired.com on Wednesday, the 59-year-old head of Nintendo’s game design department said that he will move away from supervising the development of massive games like this year’s Legend of Zelda: Skyward Sword and Super Mario 3D Land, passing the torch to the younger designers in the company and working on projects that won’t take as long to complete.

“What I really want to do is be in the forefront of game development once again myself,” Miyamoto said. “Probably working on a smaller project with even younger developers. Or I might be interested in making something that I can make myself, by myself. Something really small.”