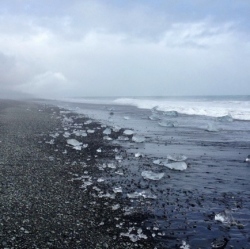 Drinking clean water is something that many people in the world can’t take for granted, as they rely on polluted sources and often have no access to purification systems. In response to that problem, Panasonic is developing a new technology that looks to the sun to clean water extracted from the ground.

The company recently presented a system that uses sunlight and photocatalysts to purify polluted water at a high reaction rate, to improve access to clean water where it’s needed. The breakthrough is in the new system’s ability to bind titanium dioxide (TiO2), a photocatalyst that reacts under ultraviolet light. One of the difficulties associated with TiO2 is that it is difficult to collect once dispersed in water, since it comes in super fine particles.

Previous methods of binding it to larger matter have already been used, but they suffered a loss of active site surface area. Panasonic has found a way to bind the TiO2 to another particle, zeolite (a commercial adsorbent and catalyst), which solves that problem by enabling photocatalysts to maintain their active site. And, the method requires no binder chemicals because the two particles are bound together by electrostatic force.

When the novel photocatalytic particles are stirred, TiO2 is released from the zeolite and dispersed throughout the water. As a result, reaction speed is much faster than other methods of fixing TiO2 on the surface of substrates, and a larger volume of water can be processed in a short amount of time.

If the water is left still, it will cause TiO2 to bind to zeolite again, making it easy to separate and recover the photocatalysts from the water so they can be used again later.