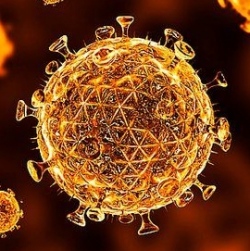 A clinical trial testing a gene therapy for HIV patients is now 11 years old. Recently, the researchers running the study published an examination of the patients after all this time. Of the study’s 43 patients, all were healthy, and 41 of them confirmed that their immune cells which received a genetically-altered boost were still performing as hoped more than a decade after the initial infusions.

Researchers first collected some of the patients’ T cells, the type of white blood cell that fights infections and tumors. They then added a retroviral vector to the cells that inserted its DNA into the cells’ own DNA. The important part of the new DNA would cause the T cells to recognize a protein found on HIV and target the virus for attack. The modified T cells were injected back into the patients between 1998 and 2002.

One of major concerns with gene therapies is the risk that the inserted DNA will cause cell replication errors and turn the cell cancerous. Years ago, in a different study, two out of nine young boys developed leukemia after undergoing gene therapy for X-linked severe combined immunodeficiency (“Bubble Boy disease”). But there is a key difference between that trial and the current one. The earlier trial involved genetic modification of blood stem cells. As none of the participants in the current study have developed cancer after 11 years, the researchers are concluding that the type of cell makes all the difference. “T cells appear to be a safe haven for gene modification,” Carl June, one of the lead researchers of the study said in a press release.

The study was co-led by Bruce Levine, head of the Clinical Cell and Vaccine Production Facility at Pennsylvania University’s Perelman School of Medicine. It was published earlier this month in Science Translational Medicine.

Eleven years of being both effective and safe is a gene therapy breakthrough. But as promising as the study is, there’s still room for improvement. Patient viral loads were not reduced to undetectable levels, something routinely achieved by drugs. This could be due to an inadequate dosage of T cells. But now that T cells have been shown to be gene friendly, a higher dose could be tried in the future. Also, they tested function of the modified T cells in lab dishes. But while there was no direct confirmation that the cells are performing effectively inside the body, the fact that all 43 patients are healthy seems to be pretty rigorous evidence.

The trial was led by University of Pennsylvania researchers Bruce Levine and Carl June.
So how is it possible that the modified T cells are still chugging along after 11 years? Human T cells can live for years, and they divide,  passing their genetic material on to their cellular progeny. In fact, the current level of gene function in the patients indicates that over half of the original modified T cells or their progeny should still be functional for 16 years following infusion.

Even though the modified T cells in the current study haven’t proved more effective than drugs, they may still yet as higher doses are tried. HIV can be effectively controlled with drugs but patients are often required to take multiple pills at specific times of the day for the rest of their lives. And the drugs often have unpleasant side-effects such as nausea, vomiting, or diarrhea. Even if HIV levels aren’t rendered undetectable, as they weren’t in the current study, just decreasing a patient’s dependency on drugs would be a major accomplishment.

The promising results a decade out isn’t just good news for HIV patients and clinicians alone. Gene therapies targeting other diseases could benefit from the protocol. Any malady that can be helped by setting the molecular sights of T cells on a target should be fair game. In fact, Levine and June are already reprogramming T cells to seek out and destroy leukemia tumors. In a paper published last October they reported how cancerous cells in three patients were wiped out in just three weeks. As in the HIV trial the T cells were modified to recognize and attack cells expressing a specific protein. CD19 is a protein found on leukemia cells but not on healthy ones.

It’s about time gene therapies began delivering on the promise that so many have hoped for. Researchers are busy trying to find out why gene therapies turn stem cells into tumors but behave so well in T cells. Answering that question could open the door to gene therapies in other cell types. The current study is the latest in a spurt of good news for gene therapies. Other trials have stopped bleeding in hemophilia patients, successfully treated Parkinson’s symptoms, and helped the blind to see. Let’s hope we’re entering an era in which successful gene therapy trials are becoming the norm rather than the exception.