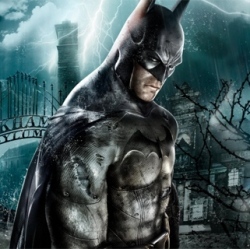 It’s been a week since the tragic mass murder at Sandy Hook elementary school in Newtown, Conn., and the United States’ most powerful pro-gun organization came out in defense of weapons and put the blame on video games and the media.

The National Rifle Association’s press conference, led by its chief executive officer Wayne LaPierre, confronted many of the claims people in and out of the media have made against assault weapons and other types of guns. LaPierre called this “dishonest thinking.”

“A child growing up in America witnesses 16,000 murders and 200,000 acts of violence by the time he or she reaches the ripe old age of 18,” said LaPierre. “And throughout it all, too many in our national media, their corporate owners, and their stockholders act as silent enablers, if not complicit co-conspirators. Rather than face their own moral failings, the media demonizes lawful gun owners.”

Said moral failings, in the eyes of the NRA, include the media covering up for what LaPierre called “a callous, corrupt — and corrupting — shadow industry that sells, and sows, violence against its own people.”

“Through vicious, violent video games with names like Bulletstorm, Grand Theft Auto, Mortal Kombat, and Splatterhouse,” said LaPierre, listing the games he believes leads to real-world violence. “And here’s one: it’s called Kindergarten Killers. It’s been online for 10 years. How come my research department could find it and all of yours either couldn’t or didn’t want anyone to know you had found it?”