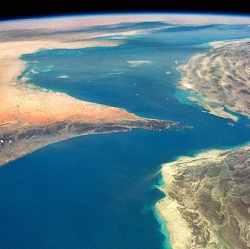 Former astronaut John Grunsfeld was speaking at the Lunar and Planetary Science Conference in Texas.

He faced more than 1,000 researchers at a special session to explain the 21% cut to planetary science in President Obama’s latest budget request for Nasa.

The decision forced the agency to pull out of joint Mars missions with Europe.

Mr Grunsfeld took over as science chief on 4 January this year, after the key budgetary decisions had already been made. He has previously admitted he was disappointed when he learned of the proposals for planetary science.

"The Nasa budget was really the result of some tough choices and national priorities," he told his audience.

"The fact that the Nasa’s planetary budget took such a great hit was one of those tough priority settings," and added: "It was a strategic decision."


Where the James Webb telescope has benefited, planetary science has lost out

The planetary exploration budget funds robotic missions to other bodies in the Solar System, such as Mars, the Moon and the outer planets.

The proposal for the Financial Year 2013 reduced the planetary science budget from $1.5bn to $1.2bn. The cuts would, in the words of one scientist, plunge the field into its biggest crisis since the 1980s and is considered likely to lead to the loss of up to 2,000 hi-tech jobs.

Although planetary science was a loser in general, Mars exploration was singled out for particular cuts, receiving $360.8m, which amounts to a reduction of almost 40% from the FY2012 estimate.

This kind of funding drop precludes Nasa from starting new missions in this part of its portfolio.

After the speech, Mr Grunsfeld fielded a question from Jim Bell, a planetary scientist and current president of the Planetary Society, a space advocacy organisation in California.

Prof Bell, who was one of the lead investigators on the Mars rovers mission, implored Mr Grunsfeld and Nasa’s director of planetary science Jim Green to "fight back" against the plans, even if "you lose your jobs" because, he said, "it’s the right thing to do".

In response, Mr Grunsfeld recalled a time in 2004 when he had considered resigning from Nasa’s astronaut corps over a decision not to save the Hubble Space Telescope (HST).

He said: "History repeats itself… I decided on 4 January not to flee – I’m in there fighting for you."