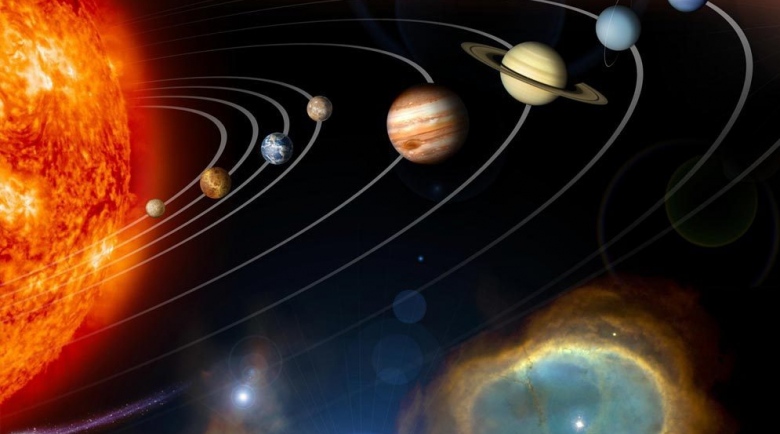 Light pollution in our inner solar system, from both the nearby glow of the Sun and the hazy zodiacal glow from dust ground up in the asteroid belt, has long stymied cosmologists looking for a clearer take on the early Universe.

But a team at NASA, JPL and Caltech has been looking into the possibility of hitching an optical telescope to a survey spacecraft on a mission to the outer solar system.

The idea is to use the optical telescope in cruise phase to get a better handle on extragalactic background light; that is, the combined optical background light from all sources in the Universe. They envision the telescope’s usefulness to kick in around 5 Astronomical Units (AU), about the distance of Jupiter’s orbit. The team then wants to correlate their data with ground-based observations.

One goal is to shed light on the early universe’s epoch of reionization. Reionization refers to the time when ultraviolet (UV) radiation from the universe’s first stars ionized the intergalactic medium (IGM) by stripping electrons from the IGM’s gaseous atoms or molecules. This period of reionization is thought to have taken place no later than 450 million years after the Big Bang.

ZEBRA, the Zodiacal dust, Extragalactic Background and Reionization Apparatus, is a NASA JPL concept that calls for a $40 million dollar telescope comprised of three optical/near-infrared instruments; consisting of a 3 cm wide-field mapper and a 15 cm high-resolution imager. However, NASA has yet to select the ZEBRA proposal for one of its missions.

But to learn more, we spoke with the ZEBRA Concept lead and instrument cosmologist Jamie Bock and astronomer Charles Beichman, both of NASA JPL and Caltech.