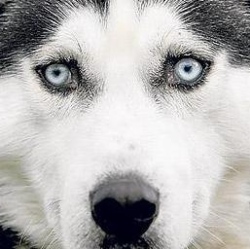 UCSB researchers have designed a detector that uses microfluidic nanotechnology to mimic the biological mechanism behind canine scent receptors.

These portable, accurate, and highly sensitive devices that sniff out vapors from explosives and other substances could become as commonplace as smoke detectors in public places, thanks to researchers at University of California, Santa Barbara, led by professors Carl Meinhart of mechanical engineering and Martin Moskovits of chemistry.

The device is both highly sensitive to trace amounts of certain vapor molecules, and able to tell a specific substance apart from similar molecules.

“Dogs are still the gold standard for scent detection of explosives. But like a person, a dog can have a good day or a bad day, get tired or distracted,” said Meinhart. “We have developed a device with the same or better sensitivity as a dog’s nose that feeds into a computer to report exactly what kind of molecule it’s detecting.”

The key to their technology, explained Meinhart, is merging principles from mechanical engineering and chemistry in a collaboration made possible by UCSB’s Institute for Collaborative Biotechnologies .

Testing results show that their device can detect airborne molecules of a chemical called 2,4-dinitrotoluene, the primary vapor emanating from TNT-based explosives. The human nose cannot detect such minute amounts of a substance, but “sniffer” dogs have long been used to track these types of molecules. Their technology is inspired by the biological design and microscale size of the canine olfactory mucus layer, which absorbs and then concentrates airborne molecules.

“The device is capable of real-time detection and identification of certain types of molecules at concentrations of 1 ppb (part per billion) or below. Its specificity and sensitivity are unparalleled,” said Dr. Brian Piorek, former mechanical engineering doctoral student in Meinhart’s laboratory and Chief Scientist at Santa Barbara-based SpectraFluidics, Inc. The technology has been patented and exclusively licensed to SpectraFluidics.