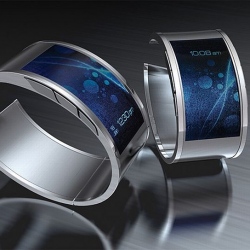 Another year has come and nearly gone, leaving our technological world all the richer and more confounding. Here are 10 of the most exciting, eye-catching, or important developments to have crossed Hello World’s radar in 2011.

It’s a new dog with an old trick: heating a room. But the Dyson Hot, which we introduced to you in September, is more than that, too: the first space heater that’s downright sexy, and that calls attention to its inner workings. "I want something more expressive," Dyson told Wired at the time. "It’s very easy to make something like a heater into a black box." We’re glad he didn’t.

Here’s one we can’t endorse just yet. But it holds immense promise. Though perpetually delayed, Meta Watch, once of Fossil, became its own company in September. A future with smartphone-like capabilities on your wrist points to an era where you rarely need to rummage in your pocket for your iPhone. We eargerly await what Meta Watch, a favored smart watch company among its test-drivers, finally brings to market.

In a year full of electric vehicle news, perhaps the electric DeLorean wasn’t the most significant. But it certainly was the one that made a tech blogger smile. That most "retro-futuristic" of cars, associated with the Back to the Future franchise, truly embraced the future by finally kicking its gasoline habit. We were also excited by the wild mileage some Chevy Volt users reported, and the fact that that car was being used to green the NYPD’s fleet. Oh, and never mind that fire.

If the Dyson Hot brought sexy back to space heaters, the Nest did the same for thermostats. (There’s a sentence we never thought we’d write.) Reading about the Nest was one of those "what took so long?" moments–finally, a sleek, attractive, and intelligent device that does what it’s supposed to do, no more, no less. And did we mention it was sexy? The Nest, which draws some of its design DNA from the iPod, also represents the encroaching Apple-ification of the household gadget.

Sometimes technologists need to get in the gutter–or the sewer. We were pleased to see the Bill and Melinda Gates Foundation flush some $40 million into toilet R&D. "We’re gonna have a breakthrough in the latrines," Gates promised. With poor sanitation behind so many of the world’s preventable diseases, that flushing sound is music to our ears.

The sheer difficulty of classifying this device is perhaps what excites us most about it. Binoculars? An HD camera? A 3-D recording device? It’s all three. By enabling humble birdwatcher to pack James Cameron-level hardware, Sony brought heavy artillery to hobbyists (and possibly voyeurs?) everywhere.

Here was an idea that didn’t get a huge amount of press, but that seems downright exciting to us: a bicycle that looks normal, but packs a little electric oomph for those brutally steep hills you may have to climb on your commute. Part bike, part electric scooter, the devices ain’t cheap, running up to a couple grand. But the reward to you and your colleagues–a bike commute that doesn’t leave you a complete, sweaty mess–could be well worth it.

2011 was the year that the vision of a future of Iron Man-like robotic exoskeletons came more clearly into focus. The technology achieved something downright remarkable in May, when a UC Berkeley student who had been paralyzed from the waist down was able to use one such device to walk and accept his diploma.

What a difference a micro-array of miniature cameras makes. Lytro, a camera start-up, redefined our notions of what a photograph–typically thought of as static–could be. Don’t believe me? Just click on the background in the photo below.

In the last few months in particular, the non-iPad tablet market has become the most interesting and contested space to watch. There was HP’s marooned TouchPad, whose fire sale kicked off a buying frenzy. There was the shockingly bargain-basement Kindle Fire, which will surely stuff Amazon’s coffers even while it disappoints many users. And there was the well-reviewed Nook Tablet, arguably stronger than the Fire, but without a full-fledged media store of its own. As much as this was a year of the iPad’s rise, it was the also-rans that mostly captured our attention and imagination.