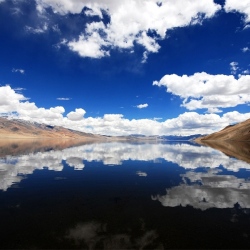 Ninety-five percent of those claiming they never use the cloud actually do so via online banking and shopping, social networking, and storing photos and music.

While “the cloud” may be the tech buzzword of the year, many Americans remain foggy about what the cloud really is and how it works. A new national survey by Wakefield Research, commissioned by Citrix, showed that most respondents believe the cloud is related to weather, while some referred to pillows, drugs and toilet paper.

Those in the know claim working from home in their “birthday suit” is the cloud’s greatest advantage. The good news is that even those that don’t know exactly what the cloud is recognize its economic benefits and think the cloud is a catalyst for small business growth.

The survey of more than 1,000 American adults was conducted in August 2012 by Wakefield Research and shows that while the cloud is widely used, it is still misunderstood. For example, 51 percent of respondents, including a majority of Millennials, believe stormy weather can interfere with cloud computing. Nearly one third see the cloud as a thing of the future, yet 97 percent are actually using cloud services today via online shopping, banking, social networking and file sharing. Despite this confusion, three in five (59 percent) believe the “workplace of the future” will exist entirely in the cloud, which indicates people feel it’s time to figure out the cloud or risk being left behind in their professional lives.

These survey responses show there is a significant disconnect between what Americans know, what they pretend to know, and what they actually do when it comes to cloud computing.