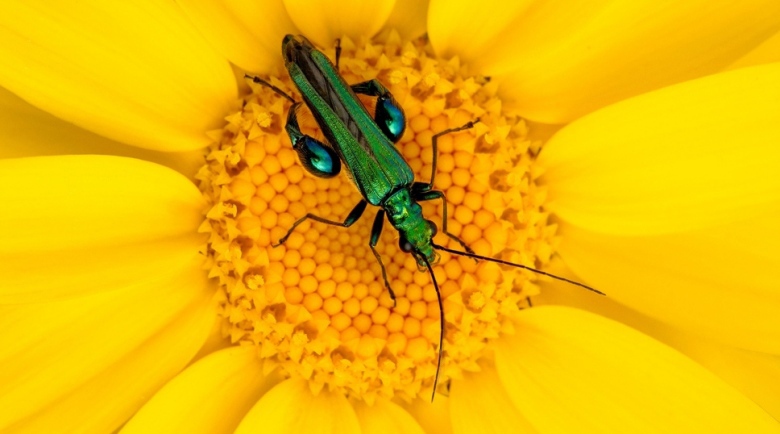 A lot has been said about the many links between the food on our plates to climate change. But a new report from the World Wildlife Fund UK (WWF) highlights how the livestock industry also gobbles up a massive amount of land, leading to wide-scale biodiversity loss.

Producing the animal feed for meat- and dairy-heavy Western diets uses up a lot of the planet’s precious resources. Simply put, the more animal products we eat, the more feed we need to produce, but growing the crops used for that feed—such as soy and corn—eats up land, the Appetite for Destruction report notes.

"Today, protein-rich soy is such an important feed ingredient that the average European consumes approximately 61kg (134lbs) of soy per year, largely indirectly through the animal products that they eat like chicken, pork, salmon, cheese, milk and eggs," the report from the UK-based conservation group states.

Not only that, these crops are usually produced in some of the planet’s most valuable and vulnerable areas such as the Amazon, Cerrado, Congo Basin, Yangtze, Mekong, Himalayas and the Deccan Plateau forests.

"Many of these high-risk regions already suffer significant pressure on land and water resources, are not adequately covered by conservation schemes," the report points out. "The growing demand for livestock products and the associated intensification and agricultural expansion threaten the biodiversity of these areas and the resource and water security of their inhabitants, as well as the stability of our food supply."

In all, meat-based diets can be linked to 60 percent of global biodiversity loss, the WWF found.

"The world is consuming more animal protein than it needs and this is having a devastating effect on wildlife," WWF food policy manager Duncan Williamson explained to the Guardian. "A staggering 60 percent of global biodiversity loss is down to the food we eat. We know a lot of people are aware that a meat-based diet has an impact on water and land, as well as causing greenhouse gas emissions, but few know the biggest issue of all comes from the crop-based feed the animals eat."

On a positive note, the report states it is possible—and essential—to change our food production systems and consumption patterns for the betterment of the planet and its inhabitants.

At the end of the report, the WWF suggests six "Livewell" principles that form the basis of a sustainable diet that’s good for your health and the Earth’s health: 1. Eat more plants; 2. Eat a variety of foods, 3. Waste less food; 4. Moderate your meat consumption; 5. Buy food that meets a credible certified standard; and 6. Eat fewer foods that are high in fat, salt and sugar.