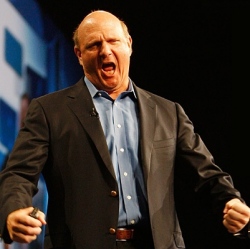 From July 1st 2012 its data centres, software development labs and office buildings would all be carbon neutral, the firm announced.

Rivals Facebook and Google have pledged to move away from coal-powered data centres.

"We recognise that we are not the first company to commit to carbon neutrality, but we are hopeful that our decision will encourage other companies large and small to look at what they can do to address this important issue," said chief operating officer Keith Turner in a blog post.

"The carbon price and charge-back model is designed to provide an economic incentive for business groups across Microsoft to reduce carbon emissions through efficiency measures and increased use of renewable energy," said Mr Turner.

It also plans energy efficient software solutions at its Redmond campus. It said that it hoped to achieve energy savings of approximately $1.5m (£928,000) in fiscal year 2013.

Environmental group Greenpeace said that it showed Microsoft had listened to calls for a "clean cloud".

"However, the devil is in the details, and the details will show whether Microsoft becomes a transformational leader in moving us toward a clean cloud, or continues to rely on coal," the campaign group added.

"As written, the carbon neutral plan allows Microsoft to keep building data centres that rely on coal, such as its new investments in Virginia and Wyoming, yet claim to be carbon neutral by buying renewable energy credits. That tactic looks good on paper, but won’t power Microsoft’s cloud with one more electron of clean electricity."

"It would catalyse a shift from dirty to clean electricity and create the scale of positive change that Microsoft could be proud of," it added.