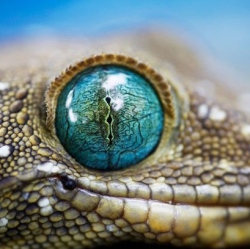 What if your ads watched you while you were watching them? Microsoft is set to debut its new motion-sensitive advertising project NUads next month, which the company says will revamp the TV ad industry by doing just that.

The company’s natural user-interface ads, or NUads, use Xbox Kinect’s motion sensing technology to transform TV commercials into something you can actively participate in with minimal effort. For instance, people can vote in real-time for a product or service by waving their hand, schedule a calendar reminder for an upcoming TV show, or say “Xbox Near Me” to see a map of locations for whatever retail store just advertised to them. Microsoft first showed off its NUads project at the Cannes International Advertising Festival last June.

Essentially, the NUads platform has the potential to start producing commercials that “watch you” while your watching them. In doing so, Microsoft thinks it can lure people away from DVR devices that permit skipping through the commercial breaks that play throughout a TV show. Satellite television service provider Dish Network is even making new DVR boxes (the appropriately named “Hopper” box)  that automatically “hops” through those commercials.

The NUads launch couldn’t have come at a better time for the broadcast television industry, which has recently spoken out about how traditional advertising is failing to keep up with audience behavior.

Monday, Chairman of NBC Broadcasting Ted Harbert said “we can no longer ignore time-shifting” within the business model to drive ad revenue. The problem with “time-shifted” (a.k.a. DVR) devices is that the industry doesn’t have enough control to make sure those commercials will play for an audience the way they do for live broadcasting. With NUads, there might be a compelling reason for people to watch commercials willingly and prevent them from skipping through.

NUads could replace Nielsen TV ratings
Harbert also criticized the industry’s standard for content ratings through Nielsen, saying  “We’re participating in many initiatives to try and crack the measurement code because we just can’t wait — and wait some more — for Nielsen to do it.” This puts Microsoft as well as its new NUads platform in the perfect position to step up.

Using the Kinect device, NUads have a far greater means of measuring how people react to a piece of content as well as advertising. It can detect a person’s facial expressions, record/sense audio reactions, and even transmit pieces of video. If done right, Microsoft developers could anonymize this kind of data through the Kinect SDK, and give them an incentive to make sense of this information for advertisers. Basically, a person’s unique private data wouldn’t be shared, but their collective reactions could be turned into important analytics. For example, a laundry detergent commercial that evokes an emotional response in the form of “aww” along with positive facial expressions — not, “Sally from 505 Nowhere Street laughed and cooed obnoxiously at the puppy.”

Microsoft’s Watts did, however, warn all developers to stay mindful of potential privacy intrusion features by adding disclosure statements when appropriate as well as knowing what you’ll do with the data before its collected.

Cnet’s report indicated the NUads interactive advertising platform will launch in late Spring. My guess is that Microsoft will probably coincide the launch with its Xbox announcements at the E3 event in June.

Update 5/17/2012: Microsoft reached out to VentureBeat in regards to the roll out of NUads, clarifying that it hasn’t made any announcement regarding Kinect’s ability to capture data from its users for ad targeting purposes.

The Kinect can capture user data, but Microsoft isn’t enabling this functionality right now. The company did, however, conduct an entire presentation at the PII conference discussing issues of privacy related to this kind of data capturing technology.