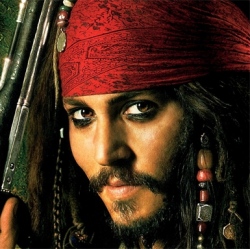 In another astonishing development in the Megaupload saga, a judge in New Zealand’s High Court has declared the order used to seize Kim Dotcom’s assets as “null and void”. The blunder, which occurred because the police applied for the wrong type of court order, means that the Megaupload founder could have his property returned.

Just when it seemed that the handling of the Megaupload case couldn’t get any more controversial, a development from New Zealand has taken things to the next level.

Following the raids on Kim Dotcom’s mansion in January, police seized millions of dollars worth of property belonging to the Megaupload founder. But thanks to a police blunder, he could now see all of those assets returned.

On Friday, Justice Judith Potter in the High Court declared the order used to seize Dotcom’s property “null and void” after it was discovered that the police had acted under a court order that should have never been granted.

The error dates back to January when the police applied for the order granting them permission to seize Dotcom’s property. Rather than applying for an interim restraining order, the Police Commissioner applied for a foreign restraining order instead, one which did not give Dotcom a chance to mount a defense.

According to New Zealand Herald, on January 30th prosecution lawyer Anne Toohey wrote to the court explaining that the wrong order had been applied for and detailed five errors with the application.

Justice Potter said that police commissioner Peter Marshall tried to correct the error by applying for the correct order after the raids were completed and retrospectively adding the items already seized.

Although the correct order was eventually granted albeit on a temporary basis, Potter said she will soon rule on whether the “procedural error” will result in Dotcom having his property returned.