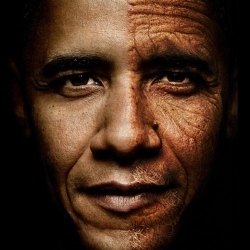 Throughout most of human history, looking young has not been a major problem, mostly because people were dying on average at age 30. Now that the world’s average life expectancy has more than doubled to over 67 years, we’re desperately trying to find new ways to look younger. This point is exemplified by the hundreds of lotions, potions, injections and surgeries designed to help us maintain our youth. Most today are looking for that magic answer to live longer or look like we haven’t been alive that long. That magic remedy we’ve sought may be on the horizon in the form of telomerase gene therapy.

Researchers at the Spanish National Cancer Research Centre have devised a safe, one time treatment that has been shown to enable mice to live anywhere from 13-40% longer. Similarly, the treatment provided the mice with an extended youthful vigor and a postponement of health issues. Led by director Maria Blasco, these scientists injected mice with a gene called telomerase, which is essentially responsible for keeping our chromosomes (cells) young.

As we age, our dying chromosomes are replenished through cell division. Unfortunately, everytime the cell division occurs, the outer most part of our chromosomes, the telomeres, become shorter. Short telomeres tell our cells to stop dividing all together. Once this happens, not only do we look old, the cells die (and so do we). Telomerase gene therapy extends the number of cell divisions that can occur by keeping the telomeres long. The research team noted that “Aged organisms accumulate damage in their DNA due to telomere shortening, this study finds that a gene therapy based on telomerase production can repair or delay this kind of damage.”

The Spanish National Cancer Research Centre has been conducting research of this sort on mice for years. They tested the telomerase gene therapy procedure on mice considered to be young (aged 1) and old (aged 2). In the first case, the mice were able to live 24% longer than they should, in the second, 13% longer. In both cases, they “reaped beneficial effects across a range of conditions associated with aging including insulin sensitivity, osteoporosis, and physical coordination.” By altering the mice embryo’s before they were born, this same team showcased the ability to let mice live 40% longer!

Telomerase increases cell division, so it is no surprise that it is found in abundance in cancerous cells. This indefinite division of cancerous cells takes over our body, leading to our demise. This has been a major drawback of telomerase in the past, but the research team has worked diligently to alter the gene therapy in a way that eliminates that risk. Analysts of the study agree that “The research provides a proof-of-principle that this feasible and safe approach can effectively improve health span.
”
It will certainly be a number of years before this can be tested on humans, but it is believed that the effects could definitely be the same. It would certainly be weird today to conduct gene therapy on a human embryo before birth, but it may become acceptable to undergo this gene therapy during our youth. This is a major step towards realistically letting humans not only look younger, but live longer.

This story begs the question of whether or not we should be playing God. Could there be some unforeseen side-effects? Who would be eligible for this treatment? What effects will this have on the rapidly increasing population? Could this be a dangerous step towards immortality or transhumanism?