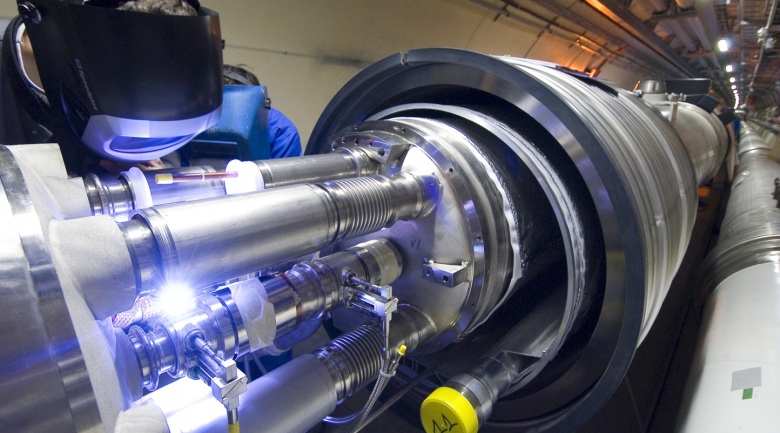 Until recently, the American particle collider was a thriving species spanning a variety of habitats from coast to coast. But now it finds itself on the endangered list.

Since 2008 the number of colliders in the U.S. has dwindled from four to one. And the last surviving member of the species, the Relativistic Heavy-Ion Collider (RHIC) at Brookhaven National Laboratory in Upton, N.Y., may soon fall victim to the same budgetary blight that has already felled so many other towering scientific facilities. Just last year the U.S. Department of Energy (DoE) phased out the larger Tevatron collider at Fermilab in Illinois, citing fiscal constraints. The increasingly rare breed known as the collider is a particle accelerator in which two beams of high-energy particles intersect to collide head-on inside giant detectors, which allow physicists to sift through the wreckage for short-lived particles or evidence of new physical phenomena.

The RHIC collider is one of three major projects now under scrutiny as federal science agencies seek to reconcile their portfolios of physics facilities with tightening budgets. The DoE and the National Science Foundation have requested that a panel of nuclear physicists, chaired by Robert Tribble of Texas A&M University, advise the government on how to get the most science out of limited funds. It appears likely that at least one of the costly projects—either RHIC, the Thomas Jefferson National Accelerator Facility in Virginia or the planned Facility for Rare Isotope Beams (FRIB) in Michigan—will fall victim to the cost-cutting. Any termination would cost hundreds of jobs and affect thousands of scientist users.

"The three of these things … they can’t all fit within the budgets that the DoE has been told to anticipate for the next five years or so," says Steven Vigdor, associate laboratory director for nuclear and particle physics at Brookhaven. "It’s conceivable, but I think it’s a long shot, that there’s a compromise solution that doesn’t involve terminating something."

The RHIC collider, with a staff of about 750, could provide the biggest target for cost-cutters. Its operation costs the DoE roughly $170 million annually. But RHIC is also the only facility of the three that is currently in operation, and it seems to be hitting its peak, having recently been upgraded. RHIC rams protons or heavy nuclei from gold, copper or uranium atoms together at nearly light speed to investigate what produces the proton’s spin as well as the universe’s composition in the earliest instants after the big bang. The high-speed collisions of heavy ions produce a nearly frictionless fluid called a quark–gluon plasma, a hot bouillabaisse of the fundamental particles that form the heart of all atoms. Quark–gluon plasma was first produced at RHIC in 2005, and scientists there are now working to explore at which temperatures the quarks and gluons freeze out from their fluid state into protons and neutrons.