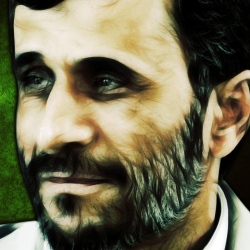 Google is facing legal action over its decision to not label the body of water separating Iran and neighbouring Arab Gulf states on its online map service.

The Iranians call the waterway the Persian Gulf, while Arab countries often refer to it as the Arabian Gulf.

Iran has warned Google it will face "serious damages" if it does not denote the as the Persian Gulf.

The Gulf is bordered by Iran and its Arab neighbours – Saudi Arabia, UAE, Bahrain, Oman, Qatar and Kuwait.

Iranian Foreign Minister
Despite increasing pressure from Arab sources to call it the Arabian Gulf, or at least to use both names, Iran insists historical evidence shows the water has always been Persian.

"If Google does not correct its mistake as soon as possible, we will file an official complaint against Google," said Iranian Foreign Minister Ramin Mehmanparast.

The controversy began earlier this month when Iran’s Irna state news agency reported that Google had deleted the Persian Gulf label from its map service.

In a rare show of unity, authorities and the opposition jointly condemned the decision. Thousands of Iranians vented their anger on blogs and in online forums.

Google rejected the criticism, saying the body of water had not been labelled from the start.

A Google spokesperson told the BBC it did not name every place in the world although he was unable to provide an example of a similar case of a missing landmark.

Iran has repeatedly criticised countries and organisations that do not use the term Persian Gulf.

Searching for Arabian Gulf elicited a spoof message during an Iranian internet offensive in 2004 In 2010, it warned that airlines using the term Arabian Gulf on in-flight monitors would be barred from Iranian airspace.

The same year, the second Islamic Solidarity Games were cancelled after Arab and Iranian organisers failed to agree on whether to describe the Gulf as Persian or Arabian on medals.

When the National Geographic Society decided to feature both terms in its 2004 world atlas edition, Iranians launched a huge internet offensive.

As a result, anyone searching for the Arabian Gulf on Google found a website saying it did not exist.