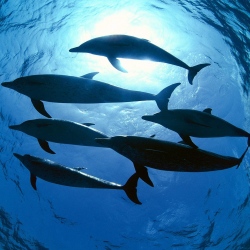 Humans have proven themselves remarkably adept at learning to do what other animals can do naturally. We have taught ourselves to fly like birds, climb like monkeys and burrow like moles. But the one animal that has always proven beyond our reach is the fish.

The invention of scuba diving has allowed us to breathe underwater but only at very shallow depths.

Thanks to our inability to conquer the bends, diving below 70m still remains astonishingly dangerous to anyone but a handful of experts. Ultra-deep diving is so lethal that more people have walked on the moon than descended below 240m using scuba gear.

Now an inventor in the United States believes he has solved the riddle of how to get humans down to serious depths – by getting us to breathe liquid like fish.

Arnold Lande, a retired American heart and lung surgeon, has patented a scuba suit that would allow a human to breathe “liquid air”, a special solution that has been highly enriched with oxygen molecules.

The idea immediately conjures up the terrifying spectre of drowning but our lungs are more than capable of taking oxygen from a solution.

“The first trick you would have to learn is overcoming the gag reflex,” explains Lande, a 79-year-old inventor from St Louis, Missouri. “But once that oxygenated liquid is inside your lungs it would feel just like breathing air.”

Lande envisages a scuba suit that would allow divers to inhale highly-oxygenated perfluorocarbons (PFCs) – a type of liquid that can dissolve enormous quantities of gas. The liquid would be contained in an enclosed helmet that would replace all the air in the lungs, nose and ear cavities.

The CO2 that would normally exit our body when we breathe out would be “scrubbed” from our blood by attaching a mechanical gill to the femoral vein in the leg.

By using oxygen suspended in liquid, divers would no longer have to worry about decompression sickness – the often fatal condition known as “the bends” which occurs when nitrogen dissolved in the blood under the immense pressures of deep water bubbles out as we rise. It could potentially allow them to descend to far greater depths than is currently possible.

Liquid ventilation might sound like science fiction – it played a major role in James Cameron’s 1989 sci-fi film The Abyss – but it is already used by a handful of cutting-edge American hospitals for highly premature babies.

Children born before 28 weeks have huge difficulties breathing, often because their lungs are not developed enough to comfortably adjust from the liquid environment of the womb to inhaling gaseous air. Immature alveoli, the final branchings inside the lung that feed oxygen into the blood, lack vital surfactants which stop the tiny cavities sticking together when we breathe out.

In response doctors have begun experimenting with highly-oxygenated PFCs with remarkable success.

Professor Thomas Shaffer, a paediatrics specialist from Delaware, has experimented with liquid breathing since the late 1970s. He spent much of his early career testing various animals in oxygenated PFCs.

Place a mouse in oxygenated liquid and instinct immediately kicks in as the animal flounders wildly. Everything the mouse has ever learned screams at it to avoid inhaling a solution it thinks will kill it.

Yet when we drown there comes a moment when the instinct not to breathe liquid is overridden by a stronger instinct to take in one last breath. It is a desperate final attempt to get oxygen into the blood. If the liquid we are in contains oxygen molecules that happily cross from the solution into our blood stream, life will return. After all, it is not water that kills us when we drown. It’s our inability to take oxygen from the water that condemns us.

By the mid-1990s, Shaffer and a handful of doctors had begun using liquid ventilation techniques on premature babies and were stunned by the results.

“A lot of the children I see have less than a 5% survival rate,” he explains. “But when we get them on to liquid breathing we see close to 60% going on to lead fully healthy lives.”

The technique remains rare, however, because of a chronic lack of investment.

“Liquid ventilation is not used widely because there is very little funding from the drug companies,” he says. “Unfortunately premature babies don’t have a voice. They don’t bring in money, so no-one really wants to invest. But it does work. Physiologically, liquid ventilation is very do-able.”

The recent oil spill in the Gulf may change that lack of interest. Although drug companies are reluctant to fully explore liquid breathing, the Deep Water Horizon disaster has reignited the debate over how to get divers safely down to extreme depths.

Currently the only way divers can work for long spells in the deep is either from the safety of robotic vessels and submarines; or by using saturation diving, an incredibly complicated technique where divers have to be brought up to the surface in a pressurised container over a matter of weeks.

With saturation diving, the deepest anyone has gone is 701m. Using scuba equipment the record is 318m, set by the South African diver Nuno Gomes in June 2005. It took him 14 minutes to descend and 12 hours to come back up to the surface.

The reason for these slow ascents is our reliance on compressed gasses to breathe in water. Under the incredible pressure exerted by billions of tonnes of ocean, gasses like nitrogen and helium dissolve into our bloodstream, much like CO2 is dissolved in a soda bottle.

Ascending towards the surface is like opening that soda bottle – the gas comes out of solution and into our bodies. If we don’t give our bodies enough time to expel those gasses by ascending slowly, we die.

“The beauty of doing it all from a liquid is that you don’t have to use these highly compressed gasses in the lungs that are going to dissolve into the blood,” says Dr Lande, who recently presented a paper on his patent to the first International Conference on Applied Bionics and Biomechanics in Venice. “You have a liquid that you can infuse just as much oxygen as you need.”

Shaffer has previously experimented with animals and PFCs at depth and found the technique to work. “I have personally put mammals down to a simulated depth of 1000 feet and then decompressed them in half a second and they have no decompression sickness,” he says.

The US Navy Seals also reportedly experimented with liquid ventilation in the early 1980s according to Shaffer who says he met a former Seal turned doctor that was on the team.

“This paediatrician never really revealed why they were doing it,” he explains. “Other than going very deep I don’t know what the point was. But they tried it. The Navy pushed them to the point where they did it several times a week.”

Being so much more viscous than air, liquid is difficult to breathe. Some of the Seals reportedly developed stress fractures on the ribs cause by the sheer force of trying to get a liquid in and out of the lungs.

But Lande envisages using a cuirass, a ventilation device named after a piece of medieval armour, which compresses the diaphragm and makes it easier to breathe liquid.

Now all he needs now are developers and a fresh set of human guinea pigs willing to test his ideas.

“I’m sure someone out there would be willing,” he says. “We’ve climbed the highest mountains, sent people into space. It’s time to find ways of exploring the deep oceans.