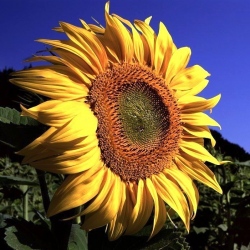 SOLAR power has always had a reputation for being expensive, but not for much longer. In India, electricity from solar is now cheaper than that from diesel generators. The news – which will boost India’s "Solar Mission" to install 20,000 megawatts of solar power by 2022 – could have implications for other developing nations too.

Recent figures from market analysts Bloomberg New Energy Finance (BNEF) show that the price of solar panels fell by almost 50 per cent in 2011. They are now just one-quarter of what they were in 2008. That makes them a cost-effective option for many people in developing countries.

A quarter of people in India do not have access to electricity, according to the International Energy Agency’s 2011 World Energy Outlook report. Those who are connected to the national grid experience frequent blackouts. To cope, many homes and factories install diesel generators. But this comes at a cost. Not only does burning diesel produce carbon dioxide, contributing to climate change, the fumes produced have been linked to health problems from respiratory and heart disease to cancer.

Now the generators could be on their way out. In India, electricity from solar supplied to the grid has fallen to just 8.78 rupees per kilowatt-hour compared with 17 rupees for diesel. The drop has little to do with improvements in the notoriously poor efficiency of solar panels: industrial panels still only convert 15 to 18 per cent of the energy they receive into electricity. But they are now much cheaper to produce, so inefficiency is no longer a major sticking point.