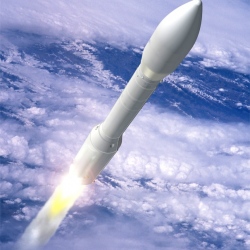 In a Wednesday speech marking India’s independence day, Singh said his government has approved plans to put an unmanned probe in orbit around Mars. The mission "will be a huge step for us in the area of science and technology," he said.

It’s an ambitious goal, with a planned launch in November 2013 for a 10-month flight, said Kiran Karnik, a former official with the Indian Space Research Organization.

"By the time the mission gets there, Mars will be comparatively the closest," Karnik told CNN’s sister network CNN-IBN. "So there’s a small window in which we need to make a launch and that’s the reason the mission has to go up next year."

The goal of the mission is to search for clues to the "geology, origin, evolution and sustainability of life" on Mars, according to an ISRO report published earlier this year.

India’s space program launched its first Earth satellite in 1975 and put an unmanned probe into orbit around the moon in 2008. It plans to launch its first manned spaceflight in 2016, though an Indian cosmonaut, Rakesh Sharma, flew aboard a Soviet space mission in 1984.