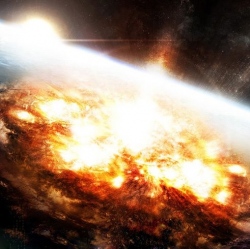 Now, India can build cheaper nuclear reactors, than even South Korea. Talking to TOI on the eve of his retirement, Dr Srikumar Banerjee, secretary in the Department of Atomic Energy (DAE), said India can now manufacture nuclear reactors at $1,700 per unit. Come May, Banerjee will make way for Ratan Sinha, currently director of Bhabha Atomic Research Centre (BARC), who will take over as secretary, DAE.

"We are now the world’s most economical manufacturer of nuclear reactors. Our cost per unit, of $1,700 (for a 700mw reactor) is substantially less than our nearest competitors. The average international cost is now between $2,500 and $3,000 (for a 1,000mw reactor). South Korea demonstrated its ability to build nuclear reactors for less when it wrested a massive reactor deal for the UAE from French giant, Areva, a couple of years ago.

With the protests in Kudankulam piping down, Banerjee said DAE was waiting for a couple of clearances from the Atomic Energy Regulatory Board (AERB) to start Kudankulam-1.

The DAE chief said he was looking at Kudankulam going "critical" by mid-June. "The approach to criticality should happen around that time," he said. "That will be exciting." Six months down the line, Banerjee said the DAE hopes to commission the second Kudankulam plant as well.

Indian companies manufacturing components and systems for nuclear reactors, Banerjee said, can now do the same work for much less cost. For instance, he said, L&T, which supplies many critical components for the Indian nuclear and defence sectors, can make the large reactor vessel in their new Hazira plant. This is something of an achievement because it’s traditionally been the preserve of Japanese engineering expertise.

Banerjee was clear that the despite Fukushima, countries like India will have a high demand for nuclear energy. "In the months after Fukushima, we have received expressions of interest from Haryana, Rajasthan and Madhya Pradesh to set up nuclear power plants. We will do all of them," asserted a confident DAE chief