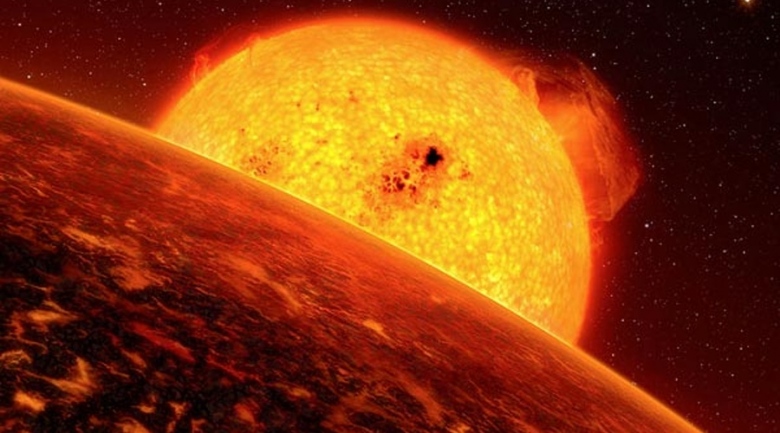 A NASA spacecraft has witnessed hundreds of "superflares" coming from sunlike stars—and the observations suggest that the trigger for such massive outbursts remains a mystery.

On our sun, solar flares aimed at Earth can send huge amounts of energy colliding with our planet. If a flare is strong enough, it can cause a solar storm that might cripple satellites and even knock out the power grid.

Astronomers have also recorded similar but much more powerful flares coming from a variety of stars. These superflares can be millions or even a billion times more powerful than an average sun eruption, packing enough energy to roast nearby planets whole.

It’s not likely, but if a superflare were to engulf Earth, for example, our protective ozone layer would be instantly obliterated, said Brad Schaefer, an astrophysicist at Louisiana State University (LSU) who wasn’t involved in the new study.

With no more atmospheric ozone, dangerous ultraviolet rays from the sun would flood the planet, and all life would get fried to a crisp.

"If you got rid of the ozone layer on Earth, you would sunburn in one second," Schaefer said.

(Also see "What If the Biggest Solar Storm on Record Happened Today?")

The new study is the first to take a detailed look at superflares on sunlike stars, few of which have been seen until now.

Surprisingly, though, "none have been discovered around the stars that we have studied, indicating that hot Jupiters associated with superflares are rare," the study authors write in their paper.

A Strike Against Hot Jupiters

When a field line snaps, it whips an arc of light and charged particles away from the sun and into space. (Related: "Solar Flare Sparks Biggest Eruption Ever Seen on Sun")

According to the widely accepted theory, a similar mechanism likely powers superflares, except that instead of being anchored to two star spots, a magnetic field line rises from the star and connects to a nearby hot Jupiter.

Only by anchoring one end of the field line to another object can a star create a magnetic loop large enough to generate a truly immense flare when it snaps, Schaefer explained.

"This was a very reasonable idea," he said. "You can’t get enough energy unless you have something else nearby. … So this hot Jupiter idea has been taken by everyone as the default model."

Based on this theory, "we predicted that hot Jupiters should be detectable around about 10 percent of the superflare stars," Schaefer said.

But with the new observations from Maehara and colleagues, this prediction failed, Schaefer said, and "that’s a fairly substantial strike against the hot Jupiter model."

Even with the new data, Schaefer thinks the model linking planets to superflares can work—it just needs a few tweaks.

For example, instead of using a hot Jupiter as an anchor, superflare stars may be using closely orbiting rocky planets—hot Earths or hot super-Earths—to ground their magnetic field lines.

"That would work just as well," Schaefer said. "The basic idea is not dead."

Testing this version of the theory will be a bit more challenging. Kepler looks for the tiny dip in starlight as a planet transits—or crosses in front of—its host star as seen from Earth. The craft can’t yet make out the signal from less massive, rocky planets in tight orbits around sunlike stars.

But in either scenario, Earth is safe from superflares, Schaefer added: Mercury, the innermost planet in our solar system, isn’t close enough to our star and its magnetic field is too weak for the body to anchor a superflare-generating field line.