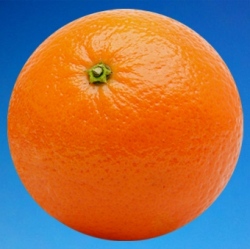 The future of shopping lies in the tech industry, which is no wonder when 55% of shoppers prefer interacting with robots rather than human beings when they shop. Technology offers an efficiency that is allowing consumers to have what they want, when they want it, at a lower cost and without leaving the house.


With the rise of artificial intelligence, retailers are competing to offer the best products, at the lowest price and in the fastest time. So how exactly will shopping look in the coming years?

The eCommerce industry is a leader of innovation, with plenty of changes expected on the horizon. One of the ways in which there is still room for improvement is in delivery times. 40% of consumers are shopping online several times a month, with most shoppers agreeing it is the cheapest and most convenient option.

Amazon Prime Now is already offering free two-hour delivery on many items, but this still relies on inefficient human truck drivers. One way to cut this delivery time further – without asking staff to break speed limit laws – is with the use of drones. In the next few years, these fully automated flying robots are expected to be able to deliver goods within half an hour.

When was the last time you opened your fridge to find there was no milk or woke up to a coffee-less Monday morning, after forgetting to restock? This could soon be a thing of the past. In the continued rise of smart houses, kitchens are on their way to becoming automated.

Without any input from you after initial setup, machines in the kitchen can keep track of when essentials are running low and automatically place an order for more. A drone will presumably then drop it off within only a few minutes, meaning that you will never run out of milk again. Amazon has already launched a dash button, which reorders a product with one press of a button, but automation takes this a step further.

While online shopping is popular with many consumers, it does have its downsides. One is that you can’t try out a product before you buy it, having to trust a two dimensional photo and the reviews of strangers. Modern technology could change this. With the help of virtual reality headsets, it is possible to enter a store filled only with your favorite products. These items will appear as if real and can be viewed up close in 3D. A virtual department store is already offered by eBay and is available to Android and iOS users.

Humans will find any way they can to make their lives easier and more convenient, especially when it comes to shopping. With drones outpacing delivery drivers, kitchens faster at restocking supplies than humans and virtual reality bringing the physical store to our smartphones, the world of eCommerce is set to change dramatically in the next few years.