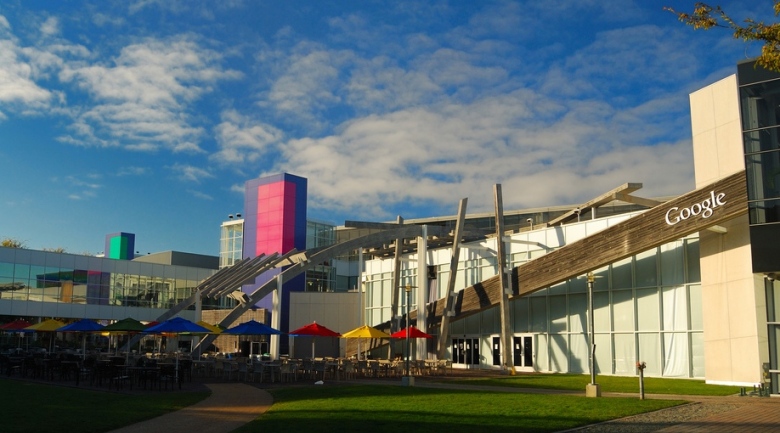 I’m a Google-phile. Or at least, I was. Lately, my gut’s felt a bit wobbly every time someone mentions the big G. Page, Brin and company have lost their focus. Once, they helped us all find the stuff we needed. Now, they spend their time in slap fights with Facebook. It’s almost like the Googlers are no longer in charge at Google.

That’s because they’re not. The Google IPO put the company’s fate in the hands of investors. And it’s ruined the company. IPO-bashing is popular right now. But I’m not just jumping on the bandwagon here. The evidence is pretty damning: Pre-IPO, Google was laser-focused on being the best tool on earth for search-and-discovery, and they appeared unstoppable. Post-IPO, the company has lurched from one social media debacle to another.

Google’s total victory
Google owns search. According to Search Engine Land, Bing still only holds 15% market share. Google? 66%. That’s a mind-boggling lead when you consider the money Microsoft has poured into promoting their search engine. Put an average apartment complex next to the Empire State Building. That’s the difference between Bing and Google.

Google has the closest thing to total victory they’re likely to get. The also-rans don’t compete with them—they compete with each other. And everyone’s an also-ran.
How Google makes money
Google makes its money with their pay-per-click network, Google Adwords. Advertisers purchase clicks, one click at a time, in a modified, keyword-based auction. The Adwords model is brilliant. Correctly implemented, it’s a money-generating machine for everyone involved, including Google.

In 2011, Adwords accounted for at least 95% of the company’s income. But it has its limits: In an Adwords model, clicks are your inventory. When you run out of inventory, your revenue stops growing. That’s OK. You can make incremental gains by getting more clicks, and you can get more clicks with better, more ubiquitous search tools.

The IPO trap
But post-IPO, incremental revenue growth isn’t enough. Stock prices are emotional, and incremental isn’t exciting. If you want shareholders to love you, you have to make them a lot of money. That means dramatically outperforming last quarter’s numbers.

In 2011, Google earned $103 million per day. That’s a staggering amount, particularly if you’ve got shareholders clamoring for you to crush your past numbers. To do so, Google will have to find an entire new line of business: A new source of advertising revenue to match Adwords. Or, they’ll have to find a massive new venue in which to place Adwords.

Ironically, Google’s penalized by their success: They’re so dominant in search that they must go far, far outside their expertise to maintain their share price.

IPOs force a company to forever outperform past results, no matter how miraculous. That’s where Google is, right now: Pushed to surpass total victory in their space, they have to move on to an entirely different one.

Suspicious timing
Google didn’t attempt to create their own social network until Orkut. That was early 2004, just before they filed for their IPO. At that point, the pressure was already building to find a new way to generate shareholder value.

How’d Orkut do? Do you remember it? Didn’t think so. Sidewiki? Failed. Friend Connect? Gone. Google Wave didn’t even get past testing. Now we’ve got Google Plus, which is showing some of the worst engagement numbers of any major social media site.

Success is beside the point
I think Google Plus has a lot of strengths. It could succeed. But even if it does, the social media red herring so distracts Google from search that the giant will become vulnerable, for the first time. And understand: Search generates Google’s dramatic revenue numbers. Not social media.

And make no mistake: Google’s work in social is compromising their search supremacy: They’ve ended their ‘firehose’ agreement with Twitter. That agreement allowed them to deliver near-real-time results from one of the internet’s biggest social networks. Now, they don’t get instant access to Twitter posts.

In addition, Google’s started showing Plus posts in search results. That works if Google Plus reaches critical mass, where most Google users are also Plus users. But that’s not currently the case.

By stuffing Google Plus posts into search results and excluding Twitter/Facebook results, they’re cutting off two huge content sets, and replacing them with a smaller, less relevant one. That is not good for the relevance of their results.

So, even if Google Plus survives and grows, it’s unlikely the benefits to Google will outweigh the costs. And Google wouldn’t be doing this, I think, if not for their shareholders.

What’s next?
Google is now beholden to shareholders. They can’t change that. What they can do is stop pandering, and start leveraging their greatest strengths:

They own two of the largest search engines in the world: Google and YouTube.
They know more about information discovery than any of their competitors.
They have a dominant e-mail toolset in GMail.
They have the biggest information corpus in the world.
They have a mountain of cash.
It’ll be hard to do. Shareholders get excited about social media, not about a better search tool. But for shareholders and Googlers alike, real success will come from strong, sustainable growth. And that depends more on growing their strengths than struggling against their weaknesses.