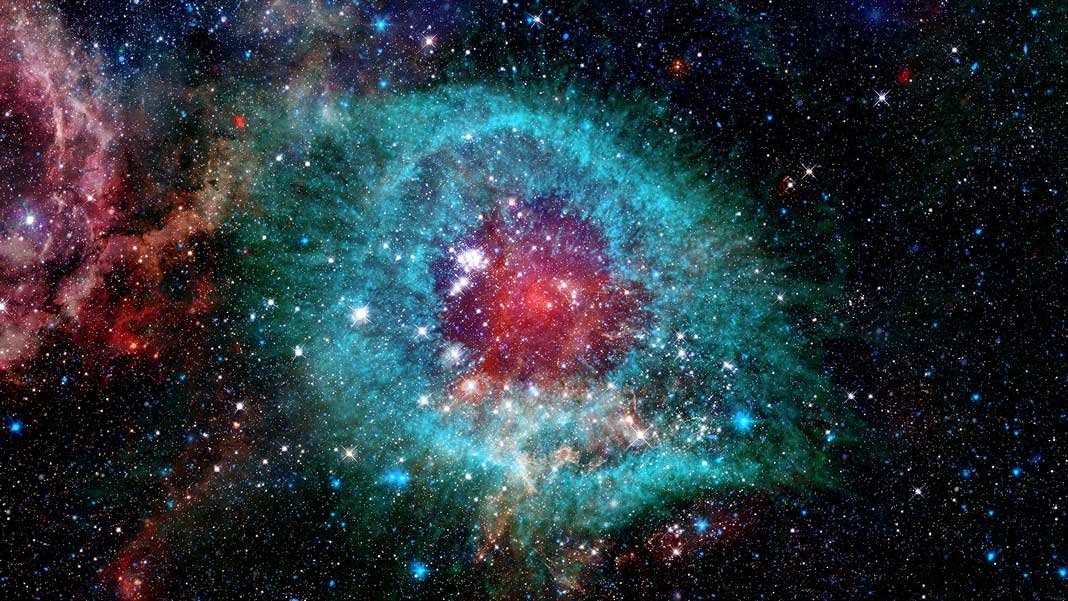 Some time ago, scientists pointed the most powerful telescope in history, the Hubble Space Telescope, at a dark patch of sky devoid of known stars, gas, or galaxies. In that sliver of nothingness, Hubble revealed a breathtaking sight: The void was brimming with galaxies. People were astounded to see that even in patches of the sky we think are empty, the universe is full of wonders. Astronomers have long wondered how many galaxies there are in the universe, but until Hubble, the galaxies we could observe were far outnumbered by fainter galaxies hidden by distance and time. A theory suggests early galaxies were smaller and fainter to begin with and only later merged to form the colossal structures we see today.

In 2016, a study published in The Astrophysical Journal by a team led by the University of Nottingham’s Christopher Conselice used a mathematical model of the early universe to estimate how many of those as-yet-unseen galaxies are lurking just beyond Hubble’s sight.

Added to existing Hubble observations, their results suggested such galaxies make up 90 percent of the total, leading to a new estimate-that there may be up to two trillion galaxies in the universe.

Their findings, they say, allowed them to establish an upper limit on the number of galaxies in existence and indicate space may be a little less crowded than previously thought. According to their new data, the total number of galaxies is more likely in the hundreds of billions, not trillions.

“We simply don’t see the light from two trillion galaxies,” Postman said in a release published earlier in the week.

Not only can’t it directly resolve early galaxies, it can’t even detect their light due to the diffuse glow of “Zodiacal light.” Caused by a halo of dust scattering light within the solar system, zodiacal light is extremely faint, but just like light pollution on Earth, it can obscure even fainter objects in the early universe.

This offers the opportunity to measure the background light from beyond our galaxy and compare it to known and expected sources.

The 2016 study predicted that a universe with two trillion galaxies would produce about ten times more light than the galaxies we’ve so far observed indicate.

This led them to their conclusion there are likely fewer total galaxies lurking out there than previously thought-a number closer to the original Hubble estimate.

“Take all the galaxies Hubble can see, double that number, and that’s what we see-but nothing more,” said Lauer.

These attributes should allow it to see even further back and image those smaller, fainter first galaxies. Like the Hubble Deep Field View, if all is in working order, adding those galaxies to the census should give us an even clearer picture of the whole.

Even a few hundred billion galaxies means that there’s an entire galaxy out there for every star in the Milky Way.

It will also beg the question: Amid the vast sea of galaxies, stars, and planets, are we really the only species to ever look out and wonder if we’re alone? It seems very numerically unlikely. Perhaps one day we will have a way to find out.