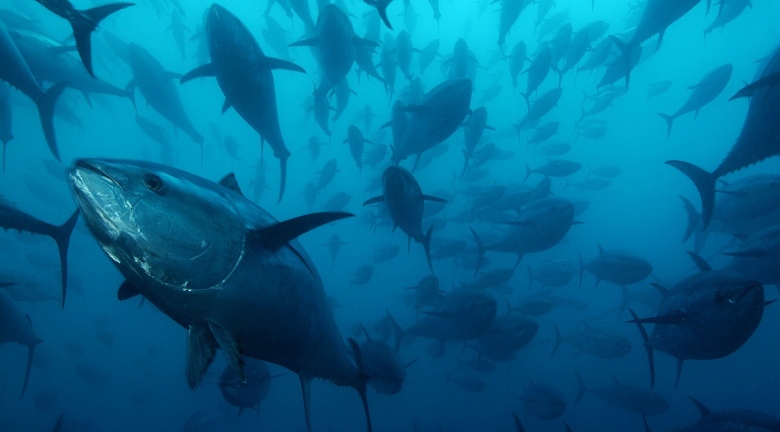 Paleontologists have long wondered how deep sea creatures were able to survive the event that wiped out the dinosaurs and a new study indicates some varieties of algae and microorganisms would have survived a massive asteroid and acted as a food source for creatures living on the seafloor.

Published in the journal Geology, the new study is based on information from chemical analysis of fossilized shells and seafloor organisms from the end of the Cretaceous period. Study samples were extracted from drilling cores pulled from the ocean floor in the South Atlantic.

The analysis pointed to the flux, or movement, of organic material from the sea surface to the seafloor after an asteroid impact, and indicated that slow flow of food was continuously being shipped to the deep ocean.

Additionally, the team found the food supply in the ocean was completely restored around 1.7 million years after the asteroid strike, nearly half the time of original estimations. This indicates marine food chains recovered quicker than previously believed.

"The global catastrophe that caused the extinction of the dinosaurs also devastated ocean ecosystems,” study author Heather Birch, a Cardiff University researcher from the School of Earth and Ocean Sciences, said in a press release. “Giant marine reptiles met their end as did various types of invertebrates such as the iconic ammonites."

"Our results show that despite a wave of massive and virtually instantaneous extinctions among the plankton, some types of photosynthesising organisms, such as algae and bacteria, were living in the aftermath of the asteroid strike,” Birch added.

Many researchers have said the mass extinction of life on Earth 65 million years ago was brought on by an asteroid that hit Mexico’s Yucatán Peninsula. It is said that the debris from impact deprived Earth of life-giving light from the Sun. Once the debris settled down, it resulted in greenhouse gases capturing the Sun’s heat and causing temperatures to increase significantly.

This era of darkness followed by rising heat, referred to as the Cretaceous-Paleogene perimeter, is considered to have obliterated nearly one half of the world’s species.

Researchers have also claimed the impact of the asteroid would have crammed Earth’s atmosphere with sulphur trioxide, triggering a mass quantity of sulphuric acid rain to fall within a few days. This would make the top of the ocean too acidic for creatures to exist there.