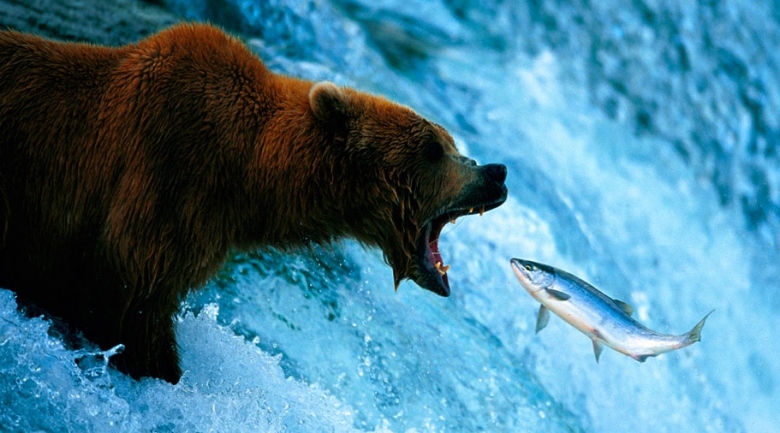 Medical researchers and zoologists worked together to find that the bears’ wounds healed with almost no scarring, and were infection-free.

The scientists hope, eventually, to find out exactly how the bears’ bodies heal while their body temperature, heart rate and metabolism are reduced.

This could aid studies of human wound-healing.

The team has been tracking and monitoring black bears in Minnesota for 25 years The findings, published in the journal Integrative Zoology, are of particular relevance to medical researchers hoping to improve slow-healing and infection-prone wounds in elderly, malnourished or diabetic patients.

This study was part of a project by scientists from the universities of Minnesota, Wyoming and the Minnesota Department of Natural Resources, who have tracked 1,000 black bears, in order to monitor their health and behaviour, for 25 years.

Whilst tracking the bears – using radio collars – the researchers noticed some early evidence of their surprising healing abilities.

They wrote in their paper: "We identified a few animals each year with injuries resulting from gunshots or arrows from hunters; bite marks from other bears or predators.

"These wounds were considered to have been incurred some time before the bears denned, and were often infected or inflamed… in early winter.

"Yet typically, when we revisited bears in their dens a few months later, most wounds had completely resolved whether or not we [cleaned them], sutured the areas or administered antibiotics."

To test the bear’s healing abilities experimentally, the team carefully tracked the healing of small cuts on the skin of 14 of their radio-collared bears in northern Minnesota.

Between November (when the bears first settled down in their dens) and March (about a month before they emerged) the wounds healed with "minimal evidence of scarring".