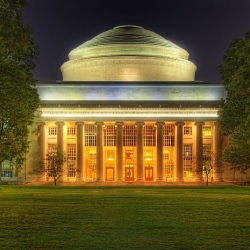 Harvard’s involvement follows M.I.T.’s announcement in December that it was starting an open online learning project, MITx. Its first course, Circuits and Electronics, began in March, enrolling about 120,000 students, some 10,000 of whom made it through the recent midterm exam. Those who complete the course will get a certificate of mastery and a grade, but no official credit. Similarly, edX courses will offer a certificate but not credit.

But Harvard and M.I.T. have a rival — they are not the only elite universities planning to offer free massively open online courses, or MOOCs, as they are known. This month, Stanford, Princeton, the University of Pennsylvania and the University of Michigan announced their partnership with a new commercial company, Coursera, with $16 million in venture capital.

Meanwhile, Sebastian Thrun, the Stanford professor who made headlines last fall when 160,000 students signed up for his Artificial Intelligence course, has attracted more than 200,000 students to the six courses offered at his new company, Udacity.

The technology for online education, with video lesson segments, embedded quizzes, immediate feedback and student-paced learning, is evolving so quickly that those in the new ventures say the offerings are still experimental.

“My guess is that what we end up doing five years from now will look very different from what we do now,” said Provost Alan M. Garber of Harvard, who will be in charge of the university’s involvement.

EdX, which is expected to offer its first five courses this fall, will be overseen by a nonprofit organization governed equally by the two universities, each of which has committed $30 million to the project. The first president of edX will be Anant Agarwal, director of M.I.T.’s Computer Science and Artificial Intelligence Laboratory, who has led the development of the MITx platform. At Harvard, Dr. Garber will direct the effort, with Michael D. Smith, dean of the faculty of arts and sciences, working with faculty members to develop and deliver courses. Eventually, they said, other universities will join them in offering courses on the platform.

M.I.T. and Harvard officials said they would use the new online platform not just to build a global community of online learners, but also to research teaching methods and technologies.

Education experts say that while the new online classes offer opportunities for students and researchers, they pose some threat to low-ranked colleges.

“Projects like this can impact lives around the world, for the next billion students from China and India,” said George Siemens, a MOOC pioneer who teaches at Athabasca University, a publicly supported online Canadian university. “But if I were president of a mid-tier university, I would be looking over my shoulder very nervously right now, because if a leading university offers a free circuits course, it becomes a real question whether other universities need to develop a circuits course.”

In some ways, the new partnerships reprise the failed online education ventures of a decade ago. Columbia University introduced Fathom, a 2001 commercial venture that involved the University of Chicago, the University of Michigan and others. It lost money and folded in 2003. Yale, Princeton and Stanford collaborated on AllLearn, a nonprofit effort that collapsed in 2006.

Many education experts are more hopeful about the new enterprises.

“Online education is here to stay, and it’s only going to get better,” said Lawrence S. Bacow, a past president of Tufts who is a member of the Harvard Corporation. Dr. Bacow, co-author of a new report on online learning, said it remained unclear how traditional universities would integrate the new technologies.

“What faculty don’t want to do is just take something off the shelf that’s somebody else’s and teach it, any more than they would take a textbook, start on Page 1, and end with the last chapter,” he said. “What’s still missing is an online platform that gives faculty the capacity to customize the content of their own highly interactive courses.”