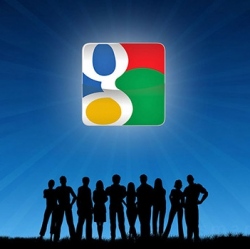 Microsoft (MSFT) has had great success with the Kinect, its motion-detecting interface for the Xbox 360 game console — so much so that Guinness World Records named it last year as the fastest-selling consumer electronics product of all time.

Now, a patent filing made public last week suggests that Google (GOOG) may be looking for the same kind of love. The patent application is for technology that turns a mobile device’s camera into a motion-input system. In other words, it could be goodbye to fingerprints and streaks on the front of your tablet or smartphone.

Google could incorporate such a feature into Android in general or keep it as a differentiating advantage for its acquisition of Motorola (MMI). Google also could potentially hinder Apple (AAPL) and Microsoft, both of which have been merciless in using patent-infringement suits against the Internet giant, from offering a similar interface for their own devices.

As part of a patent, that sort of functionality would be broad in scope. Although the application mentions human fingers making gestures, the word "object" in the passage above suggests Google could have even greater ambitions for motion-input technology.

The potential point of competitive attack would be using timing information to determine when to recognize a gesture. That means the system would calculate how long it took to make a given motion to be sure that it was intentional and not accidental. For example, a user might move a finger from side to side rapidly to flip between screens but more slowly to follow a line of text. Knowing the difference in timing could keep the device from mistaking the user’s intent. There could be ways around it, like pure pattern-recognition, but it would seem important to know the duration to help avoid false commands.