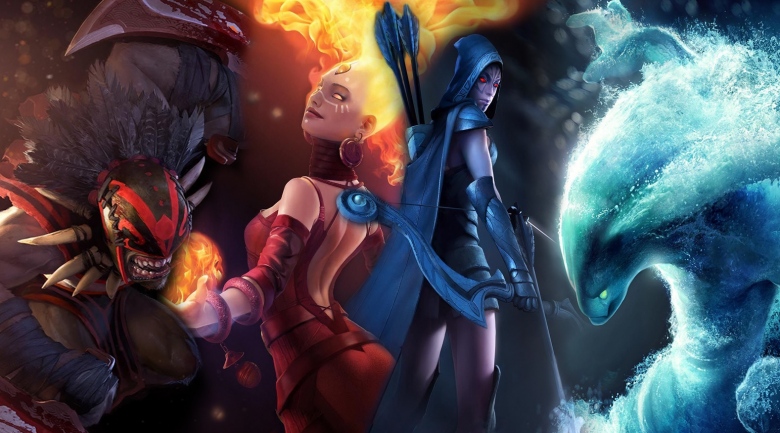 When Valve first announced DOTA 2 in October 2010, the studio promised the game would be "instantly familiar" to anyone who plays the original Warcraft III Defense of the Ancients mod. After going hands-on with the DOTA 2 beta, I can confirm that the new game is not just familiar, it is the original DOTA through and through. Less a true sequel and more DOTA HD, DOTA 2 is Valve’s effort to make the action-RTS more accessible (and more pretty) without neglecting the game’s hardcore community. And it appears the studio is going to pull off that difficult balancing act with the flair of a Flying Wallenda – if the game’s rabid community allows it.

Navigate DOTA 2’s main menu, and you’ll immediately see how Valve plans to bring DOTA to a wider audience. The main page features a section to Watch live DOTA 2 matches and, more importantly, another to Learn about the deep, multi-faceted, highly competitive game.