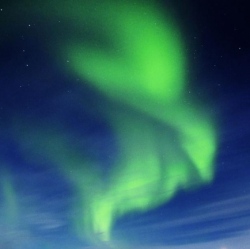 After a 20-year search, astronomers have uncovered a grand total of 1,900 planets residing outside of the Solar System. The Gaia space observatory launched by the European Space Agency (ESA) could help that figure grow by a factor of ten by the end of the decade, eventually reaching 70,000 planets after 10 years of scouting.

The Gaia mission was launched late last year with the primary objective to accurately measure the position of up to a billion stars, one percent of the Milky Way’s population, via high-precision triangulation. In the process, the spacecraft is also expected to detect half a million quasars, tens of thousands of asteroids and comets within our solar system, and a large number of new, distant planets.

As planets orbit a star, gravitational effects cause the star to wobble in periodic and predictable patterns. By examining the star’s movement and breaking down the different wave components to the wobble, astronomers can identify both the number and the mass of orbiting planets in a given planetary system (the amplitude of the wobble relates to the planet’s mass, the period to the time it takes to complete a full orbit). According to a recent study, Gaia’s instruments are expected to be able to characterize the wobble of stars up to 1,000 parsecs (3,262 light-years) away.