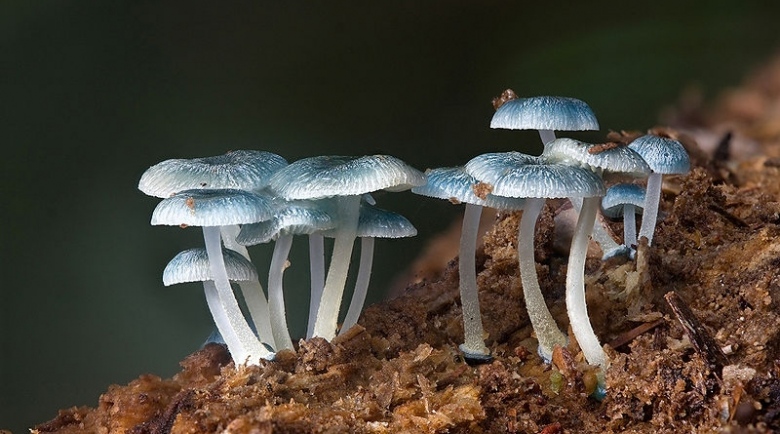 The humble fungus may have been responsible for bringing to an end Earth’s period of accumulating coal reserves, say researchers.

"It’s an interesting hypothesis. We have found data in support of that," says genomics expert Dr Igor Grigoriev from Lawrence Berkeley National Laboratory.
He and colleagues report their findings today in the journal Science.

During the 60 million-year-long Carboniferous period on Earth vast carbon beds were laid down from the burial of ancient forests in marshy swamps.
The trees did not decay but were instead converted into peat and under extreme pressure to coal.
But 300 million years ago, something changed to stop this deposition of coal.

Grigoriev and colleagues suggest it may have been the rise of fungi capable of digesting the polymer lignin, which among other things keeps plant cell walls rigid.

The hypothesis comes from the study of 31 genomes of mainly wood decay fungi – a group called Agaricomycetes.

This group includes white rot fungi, which can digest all components of plant biomass – cellulose, hemicellulose and lignin.

Agaricomycetes also includes brown rot fungi, which digests only cellulose and hemicelluloses, and mycorrhizal fungi, which help plants to grow.

They discovered the common ancestor of Agaricomycetes was a white rot fungus that emerged about 300 million years ago, at the end of the Carboniferous period.

"It could be one of the explanations why we don’t see a lot of coal created after that time point," says Grigoriev.

He emphasises the method used to determine the timeline for the emergence of white rot fungi is not very accurate, but the possibility is nonetheless interesting.

One of the barriers in biofuel production is that the sugars that need to be fermented are trapped inside the plant biomass, which needs to be broken down by fungi.
"The focus of this work was very practical," says Grigoriev.

He says the research has provided the most comprehensive catalogue of genes encoding enzymes involved in biomass degradation.

"Industry can jump on this opportunity and try to better understand the function of these enzymes and try to build cocktails of enzymes that will efficiently convert biomass into biofuels," says Grigoriev.