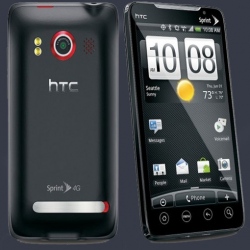 STRUGGLING to make your smartphone battery last the whole day? Paying for your apps might help. Up to 75 per cent of the energy used by free versions of Android apps is spent serving up ads or tracking and uploading user data: running just one app could drain your battery in around 90 minutes.

Abhinav Pathak, a computer scientist at Purdue University, Indiana, and colleagues made the discovery after developing software to analyse apps’ energy usage. When they looked at popular apps such as Angry Birds, Free Chess and NYTimes they found that only 10 to 30 per cent of the energy was spent powering the app’s core function.

For example, in Angry Birds only 20 per cent is used to display and run the game, while 45 per cent is spent finding and uploading the user’s location with GPS then downloading location-appropriate ads over a 3G connection. The 3G connection stays open for around 10 seconds, even if data transmission is complete, and this "tail energy" consumes another 28 per cent of the app’s energy. Pathak blames the energy leakage on inefficiencies in the third-party code that developers use to generate profit on free apps. He will present the research at the EuroSys conference in Bern, Switzerland, next month.