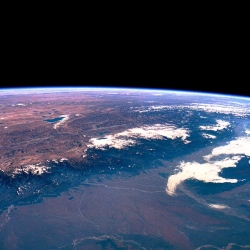 An exact date has bounced around for the last couple of weeks, and NASA is finally giving SpaceX the go for a rendezvous between the company’s Dragon capsule and the International Space Station. It’s a landmark launch for SpaceX, and one that’s poised to make history for the next generation of manned spacefaring efforts.

This won’t be a trip where SpaceX carries a group of NASA astronauts to the International Space Station, but it will certainly pave the way for that to happen. SpaceX will instead deliver 1,200 pounds of goodies and necessities to the multi-national crew currently aboard the ISS, proving that its Falcon 9 rocket and Dragon spacecraft is up to the challenge, and that SpaceX can offer a total ground-to-orbit package for NASA.

Want to see it for yourself? So do we. Like many launches, you’ll be able to see the whole thing over at NASA TV. Bear in mind that the launch time and date can change at any moment, even seconds into Falcon 9 firing up its engines (though, if the no-go comes that late, you’d at least get to see it streamed).

After the launch, SpaceX will need to lock down a few remaining certifications to rate its Dragon capsule for manned space travel through NASA, and then the company will be free to ferry people into sub-orbit using the spacecraft. If SpaceX can stay ahead of the competition, that is.