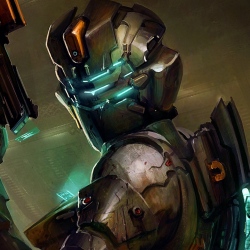 One of the worst-kept secrets this year has now been confirmed to IGN: Dead Space 3 is real. It was also revealed that Dead Space 3 footage will be shown off for the first time during EA’s press conference on June 4th. What hasn’t been confirmed yet is whether or not Dead Space 3 will have co-op nor do we know if that mysterious John Carver guy that appeared in an animated short is going to be a playable character.

So now that you know that Dead Space 3 is for really real, for real, honest to goodness really going to happen, does that make you any more excited? You think the rest of those Dead Space 3 leaks have any more weight now?