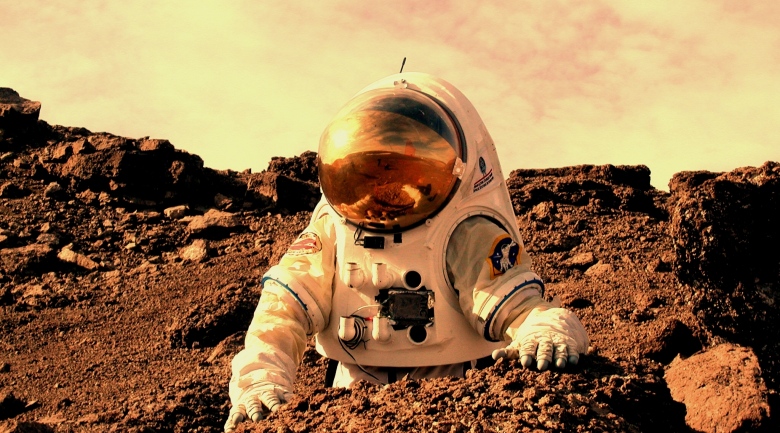 Dragon, the privately built space capsule intended to haul cargo and astronauts to the International Space Station (ISS), is auditioning for another high-profile role. Its maker, SpaceX of Hawthorne, California, says that the capsule, which is set to make its first test flight to the ISS later this month, could be dispatched to Mars — drastically cutting the cost of exploration on the red planet. Together with researchers at the NASA Ames Research Center in Moffett Field, California, the company is working on a proposal for a first ‘Red Dragon’ mission.

In a presentation at a meeting of NASA science advisers in Washington DC on 31 October, the group advocated repurposing Dragon and the SpaceX Falcon 9 launch rocket to send an ice drill that would look for life near the poles of Mars. The mission could launch as early as 2018 for a cost of US$500 million, proponents say — well within the budget of NASA’s least-expensive class of planetary missions.